Is the DSA lying about AdvoCare in the latest issue of the Direct Selling Journal? 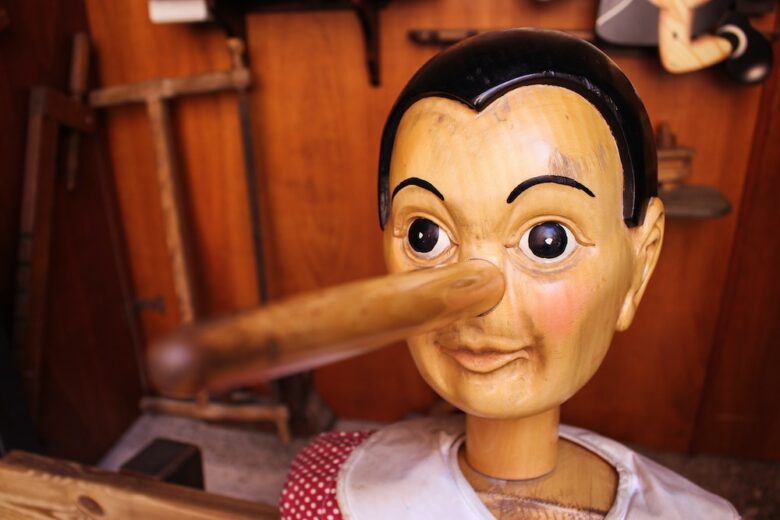 Find out how the latest issue of the Direct Selling Journal appears to lie about AdvoCare – a company fined $150 million and banned from MLM after being accused of operating an illegal pyramid scheme by the FTC.

Over the past five years we’ve seen many MLM reps lie about the products they sell and the money they earn – to the point where it’s no longer surprising. But, maybe naively, we’re still shocked at some of the behaviours and deception exhibited by direct selling companies and industry bodies. People and organisations that should know a lot better.

And today we came across what appears to be yet another shocking example in the latest issue of the Direct Selling Journal, a Direct Selling Association (DSA) publication.

AdvoCare were fined $150 million and banned from MLM

In the June 2021 issue of the Direct Selling Journal (DSJ), there is a feature on the customer journey that uses AdvoCare International, a company that offers premium energy, weight-management, sports performance, and wellness products, as a case study.

If the name ‘AdvoCare’ rings a bell, it could be because two years ago, in October 2019, AdvoCare International were fined $150 million to settle Federal Trade Commission (FTC) charges it operated an illegal pyramid scheme. The company, its former CEO, and two top promoters were also permanently banned from multi-level marketing (MLM).

To quote the FTC press release on the story:

“Multi-level marketer AdvoCare International, L.P. and its former chief executive officer agreed to pay $150 million and be banned from the multi-level marketing business to resolve Federal Trade Commission charges that the company operated an illegal pyramid scheme that deceived consumers into believing they could earn significant income as “distributors” of its health and wellness products.”

“To recruit people, the FTC alleged, AdvoCare and the other defendants told distributors to make exaggerated claims about how much money average people could make—as much as hundreds of thousands or millions of dollars a year.

“The FTC alleged that distributors were told to create emotional narratives in which they struggled financially before they joined AdvoCare, but obtained financial success through AdvoCare. Distributors were also allegedly told to instill fears in potential recruits that they would suffer from regrets later if they declined to invest in AdvoCare.”

The reality, according to the FTC is that, “…the vast majority of AdvoCare distributors have earned no money or lost money.”

The FTC even illustrate the conditions of the ruling with this simple diagram:

According to the DSJ, AdvoCare ‘decided’ to move away from MLM

So imagine our surprise when we read the DSJ’s story featuring AdvoCare and saw this:

Yes, the excerpt does say this: “Almost two years ago, the company made the decision to transition to a single-level compensation structure.”

Really? AdvoCare ‘made the decision’? Because from what we’ve read, that wasn’t the case. The decision was made for them in the $150 million judgement, and enforced upon them by the United States District Court for the Eastern District of Texas. Here’s an excerpt from that judgement:

As this judgment states, AdvoCare did not appear to willingly opt, of their own volition, to ‘transition’ away from a multi-level compensation structure. The company was banned from MLM. At best the statement in the DSJ skirts round the truth, and at worst it is blatantly lying.

Is this yet ANOTHER example of lies by the MLM industry?

This seems to be yet another an example of the deception that we have found in the MLM industry time and time again. From the Director General of the UK DSA appearing to lie on BBC radio, to the many ‘fake it ’til you make it’ lies told by MLM reps. And when uncomfortable mirrors are held up to their behaviour, MLM companies simply attempt to hide the evidence, without seeming to learn any lessons or gain any ethics (in our opinion).

So perhaps we shouldn’t be surprised that the Direct Selling Journal, a DSA publication, appears to be happy to gloss over a significant legal judgement, and pretend that AdvoCare International just ‘decided’ to move away from MLM.

To us, the fact that they even hold up a company described by the FTC as operating “an illegal pyramid scheme” as an example of how to get the customer journey right, says everything you need to know about the DSA publication and industry as a whole. It also, yet again, demonstrates to us that the DSA is simply a PR tool for their member companies, and incapable, in our opinion, of any regulatory role whatsoever.