10 ways to support someone with a genetic disorder 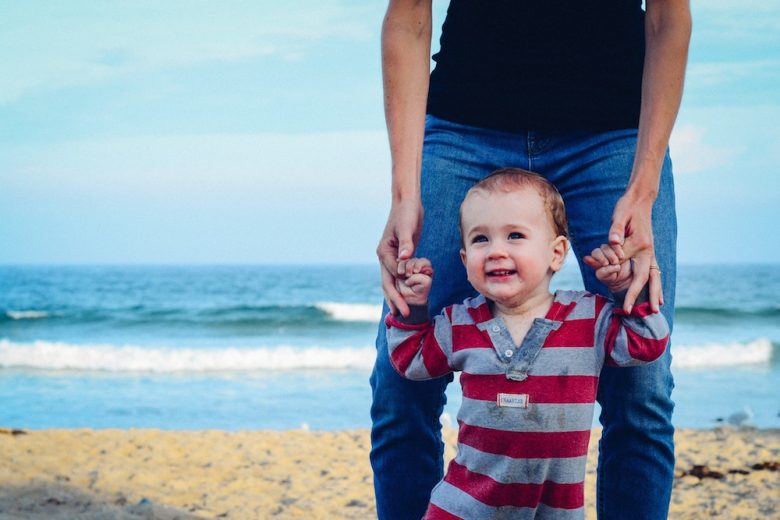 Do you know someone with a genetic disorder? Or a family with a newly-diagnosed child? Read 10 ways you can support them.

There are about 6,000 known genetic disorders. It is estimated that one in 25 children is affected by a genetic disorder, and 30,000 babies and children are newly diagnosed in the UK each year.

Some genetic disorders are apparent at birth while others are diagnosed at different stages throughout childhood, and sometimes into adulthood.

10 ways to support someone with a genetic disorder

This year, Jeans for Genes Day will take place on Friday 22 September. And ahead of the event, Emily Clarke, Genetic Counsellor at Jeans for Genes, who herself lives with the genetic disorder Retinal Dystrophy, which affects the retina in the eyes, advises on the best ways you can show your support to families affected by a genetic disorder.

As there are around 6,000 known genetic disorders in the world, a one size fits all approach certainly can’t be taken when it comes to talking about them.

It’s also worth noting that those living with a genetic disorder, whether that be the family or individual, can often feel frustrated with people making assumptions about their condition. So it’s always better to ask questions and read up on the facts before making generalisations.

Being diagnosed with a genetic disorder can turn a family’s world upside down, meaning their priorities and day to day life must be adapted according to their child’s needs.

Managing the condition can also make family life more hectic and demanding. It’s worth bearing this in mind, especially when trying to make plans or sympathise with those affected.

My advice is to be accommodating and give individuals lots of notice and information ahead of time if making social arrangements, and understand that, for families dealing with a genetic disorder, being flexible may not always be possible.

3) Don’t underestimate someone with a genetic disorder

It’s easy to make assumptions about someone when you hear that they have a medical condition, such as a genetic disorder, and assume that they cannot do something as physically or intellectually well as someone else.

However, although life may sometimes be more complicated and certain conditions have more serious health implications than others, it is crucial not to make generalisations about genetic disorders that may lead you to underestimate an individual’s ability.

Parents often tell us that people can use insensitive language when it comes to genetic disorders, such as, describing their child as ‘suffering’ from their condition, which may not be the case. This can leave families feeling frustrated as they try so hard to remain upbeat and positive no matter what might be happening.

I would suggest using neutral language as opposed to words with negative connotations and if you’re ever unsure of what words to use, just listen to how the parent speaks about their child and try to reflect that.

5) Think of the whole family

It’s important to understand that the diagnosis of a genetic disorder for a child can sometimes also result in health implications for other family members.

Some conditions are very variable and a parent may only have mild symptoms which aren’t recognised until after the child has been diagnosed, prompting a parent to seek their own diagnosis. This means parents may have to manage their own condition as well as their child’s.

Therefore, it’s always best to be mindful of the impact a diagnosis can have on the whole family – after all nobody really knows everyone’s true medical picture.

As you can imagine it can be stressful negotiating school, work and medical appointments for any family, never mind for a family that is living with a genetic disorder. Therefore, a strong support network of family and friends is crucial in making life easier for individual and families.

Parents may need people to offer help when out and about, as it can be difficult to carry out simple tasks like visit the supermarket for a quick shop, when regular medical attention and supervision may need to be provided to their child.

Simply being there can act as a huge comfort to those living with a genetic disorder, so don’t be afraid to offer your help.

7) Remember – not all disorders are visible

A lot of genetic conditions are invisible, such as Cystic Fibrosis, Hypertrophic cardiomyopathy, and Phenylketonuria.

Many people I speak to explain that when they tell someone they have a genetic disorder, or their child has one – they are often surprised that the condition is not necessarily visible. It is important to be aware of the fact that not all medical conditions, disabilities or health concerns are immediately visible.

A common experience amongst parents from the genetic disorders community is that they can sometimes feel judged for the choices they make after their child has been diagnosed with a genetic disorder.

Dealing with a diagnosis is often a very distressing time for a family, and one which is very personal and sensitive. Quick judgements and flippant comments are unhelpful and we ask that people always remain open minded and sympathetic towards the different circumstances and choices of every family.

After a bout of bad health or a series of stressful hospital visits, planning ahead and having family activities to look forward to is really important. Setting goals for the future and making plans that will facilitate respite and happy memories, is crucial for wellbeing.

Genetic disorders can make life more complicated for people and this means that celebrating achievements and milestones can be more important than ever. I always encourage families dealing with genetic disorders to focus on the positive aspects of their situation and despite the inevitably tough times that can arise, morale boosts can sometimes be found in the smallest of things.

Another way to support someone who has a genetic disorder is to provide info and help the moment they asked or seriously needed it. In such cases arise, you may help them in contacting their guardian or support coordination provider.

Jeans for Genes Day takes in September. You can find out more here.

Photo by David Straight on Unsplash