What’s it like being diagnosed with autism as an adult? 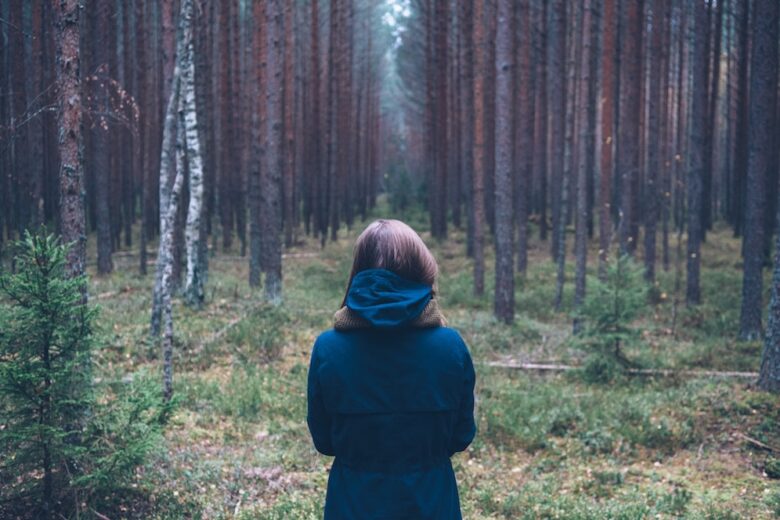 Imagine seeking a diagnosis for your child and learning, as an adult, that YOU share the same disorder.

As we get better as a society at diagnosing children who are not ‘neuro-typical’, many parents are discovering that they share many of their child’s traits, and are often diagnosed too.

And while we tend to assume that ‘disorders’ like autism and ADHD are more common in boys, it’s often their mothers who learn that many of the things they’ve long struggled with now, too, have a name.

As Talented Ladies Club founder Hannah Martin discovered when she sought an ADHD diagnosis for her son… and learned that she shared the condition with him.

Another mother who embarked on a similar journey is freelance autism trainer and public speaker Laurie Morgen.

Laurie shares the story how how she was diagnosed with Aspergers syndrome, and how it has changed her life for the better here.

Being diagnosed with autism aged 44 changed my life

Getting to the age of 44 and realising I was probably autistic explained an awful lot to me and it changed my life.

It didn’t matter the assessment was designed for children or the psychologist was more used to working with the elderly; I was getting answers and these would help my youngest son.

After being in a special school for children with emotional and behavioural issues for seven years, the time for him to leave and re-enter mainstream education was getting closer. He had to move schools to enter his GCSE years and I did not want another placement to fail.

During his infant school years, my youngest had been permanently excluded from three out of the four of them. Out of nine potential terms in school, he had attended for less than four of those and not always full time.

He had often been violent, escaped from school, attacked staff, terrified the other children and thrown chairs across the classroom.  This behaviour, which started after he began school, soon came home and he could often be unmanageable.

His years at Holly House, the special school, showed my boy had neither emotional nor behavioural issues and was, in fact, one of their better behaved children, polite and respectful.

During a school swimming session, he once even saved the life of another boy, who was clearly drowning at the bottom of the pool. Staff often commented on how well Edmund, as I call him in my book, had been brought up.

So where did his issues stem from?

Why my diagnosis was so important, and what it had to do with my son

From the research I had done, it was clear autism has a strong familial link. It’s common to find more than one autistic person in the family, and I knew a positive outcome for me would lead to both of my sons, ten years apart in age and half brothers, being similarly diagnosed.

A year earlier, Edmund was assessed for autism at my request by an Educational Psychologist.

Knowing he was going to have to leave Holly House, I began to think harder about the two people in my son’s past who had noticed he had autistic traits and wanted every possibility looked into so he could receive appropriate support in mainstream education.

The outcome of the Ed Psych appointment was, “He can’t be autistic because he can talk and know what patronising means.” On the drive home, I asked Edmund about it. “But mum,” he said, “he WAS patronising.” Being searingly honest and observant were also autistic traits and ones the professional gentleman had failed to pick up on.

Unsatisfied with the outcome, I set off on my own mission and did some research and this is when things started to change.

I had no idea women could be autistic

I’d had no idea women could be autistic. I thought it was just non-verbal little boys who sat in corners and rocked, occasionally rolling around the floor in screaming fits of unspoken rage. Or maybe they were adult men, Like Daniel Tammet or Stephen Wiltshire, with extraordinary talents and savant abilities.

Apart from Rainman these were the only kinds of autistic people shown on TV documentaries or films. I Googled, researched, ordered books and did a lot of reading. I joined online forums for autistic adults and recognised all of those traits.

And not just in my youngest son, but his elder half brother and, importantly, me. It was more than a light bulb moment, it was an entire lighthouse.

Armed with a tick list of diagnostic traits, I headed out to see the GP. My research had prepared me well as she did, indeed, want to know why I thought I had Asperger’s syndrome, the type of autism I was ultimately diagnosed with. I showed her my list: all of the boxes were ticked.

Back then, in 2005/06, I only had to wait six months for my appointment. Waiting lists have grown under constant government cut backs and they are now upwards of two years.

It grieves me that there are those out there who know, but they don’t know; are certain yet unsure. Like me, they need answers. They want life to make sense.

It isn’t for financial gain but recognition these adults wait, anxiously and doubting, like I was, to find out who they are. When I say “only” had to wait for six months, they were riddled with confusion, doubts and the nasty little piranha voices snapping at my psyche, memories of the words mum used to shout at me while I was growing up.

People always asked why I had to be ‘so different’

They had never gone away and, in that wait, came back with a vengeance, chugging around my head in an endless, noisy, neon train of heightened anxiety.

Did I really “want to have something wrong with me”? I wondered if did and maybe had Munchausen syndrome. No, I argued back at the neon train, I wanted, needed, answers for my son.

With all of my three children, my sole aims for them were to grow up knowing what it was to be loved, accepted and confident with robust self esteem and an inherent ability to overcome the often found harshness of the world outside the security of home.  Everything I’d never had.

One of the PowerPoint slides I show when I give a talk or make a presentation says: know who you are and shake hands with that person.

Autistic or not, these are words of good advice. Self-acceptance is the key to many successful people. Have I been successful and how do we measure its parameters?

My aim is to bust the many myths and misconceptions around autism. If the experiences I and my children have faced help others, if they turn hurt into hope, then life has been worth living.

If my work, to develop a deeper and wider understanding of autism, has a positive impact on professionals and helps them to see more possibility than text books often allow for, then I have indeed been very successful.

Everyone can achieve something

I left school with anorexia nervosa, zero self esteem and no qualifications.  Less than two years after my diagnosis which did indeed lead to both of my sons being identified as autistic, I went to university.

I then worked as a mentor to autistic undergraduates at an East Midlands university and began to deliver training to staff. I branched out into conference talks and working freelance as a trainer, workshop facilitator and public speaker.

Parents whose children are diagnosed as autistic are often devastated, afraid their child will never achieve normal, ordinary things we take for granted.

In fact, too many are still being told their child will never be able to work, to maintain successful relationships, get married, have children, learn to drive, show affection or live independently. Maybe this happened to you, or someone you know.

Don’t listen; it sets the bar of achievement very low. Everyone can achieve something. With autistic kids, it’s just different and that’s where we, as parents, learn the most.

My sons are happy, with careers and relationships

I have seen both of my sons settle down with wonderful partners and they now have children of their own. They drive, work, live, laugh and love.

My book, “Travelling by Train- the journey of an autistic mother” is not a book about autism, or trains. It tells the story of how, as a parent, I overcame the odds when fighting a system I neither understood nor knew how to navigate. By default, a story delivered through the eyes of an autistic mother.

The Moari word for autism is “takiwatanga”. It means “in his or her own time and space”. In a perfect world, that’s where all of us would live.

Laurie Morgen is a freelance autism trainer and public speaker. She got her autism diagnosis at the age of 44 and is committed to seeing greater understanding of autism, challenging its many myths and misconceptions and working with professionals to raise awareness.

Laurie is the parent of three adult children, two of whom are parents and have children of their own. Her  book, “Travelling by Train – the journey of an autistic mother” is available in paperback and on Kindle and can be found here.