What running has taught me about planning 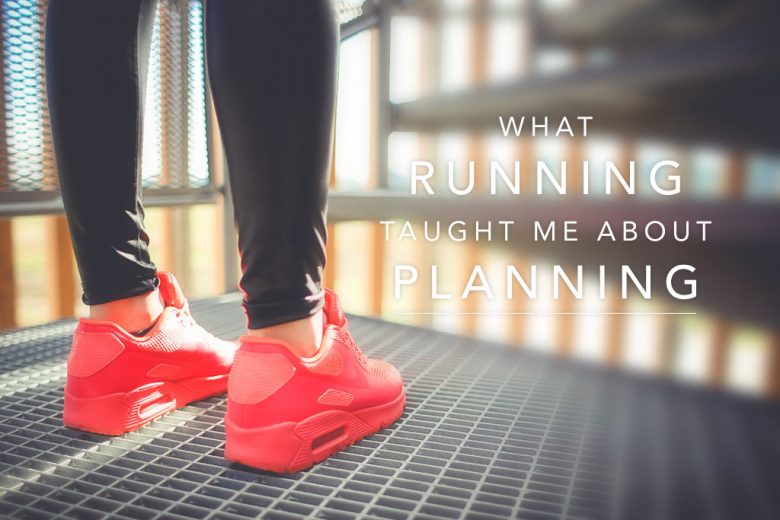 When mum of two Bev Loczy decided to run a marathon for charity, she didn’t realise that her planning, organisation and goal-setting skills would be getting a workout too!

What running has taught me about planning

Have you ever felt as though you have taken on too much? As a mother of two small children, responsible for the majority of the childcare and also running my own business, I’m normally fairly good at managing my time in a way that means I can get through most things, and certainly the most important.

However, at the end of 2014 I thought that I had reached my limit.

Since having children I’ve enjoyed running as a leisure activity – it’s a way to get out of the house for half an hour, a chance to enjoy some headspace that isn’t being dominated by demands for attention, and also keeps me fairly fit – but my runs have been limited to the odd 10k and usually less. So I don’t know what came over me when, having watched the London Marathon (on the telly) on a Sunday morning in April, I decided to apply for a charity place.

There was a gap of several months before places were allocated, during which time I’d pretty much put it out of my mind. Then one day in early October I received an email from the charity telling me that I had been chosen to run the London Marathon 2015 for them.

Although I was excited and honoured to be given the opportunity, I can’t deny that a part of me felt sick on reading the email. What had I done? 26.2 miles is a LONG WAY! How on earth was I going to get fit enough to run it?

And it wasn’t just the physical demands that were worrying me. Taking a marathon place meant that I was committing to training between three and five times a week, running up to eight hours in some weeks, not to mention fundraising a significant amount of money just to cover the cost of my place. Where would I find the time to do it all?

The enormity of it was so overwhelming that for ages I tried not to think about it. I kept on running occasionally, and if anyone asked me how my training was going I said confidently ‘I’m starting in the New Year’.

Of course, the New Year finally arrived, and I couldn’t ignore it any longer. If I didn’t start now I genuinely wouldn’t be able to get fit enough to run the race. And there was the small matter of raising thousands of pounds for the charity. I decided that the only way to get through this is to tackle it in the way I would any other project – with a serious plan. And this is what I have done.

I thought about how often I would realistically be able to get out for a run, and how many minutes or hours I might be able to commit. Then I plotted every run I anticipate doing on a calendar wallchart – it sounds excessive but that way I can plan my workload and other commitments around them. I know that there will be weeks when I can’t do every run, but hopefully there will be others when I can fit in an extra run or two.

I have set myself goals with milestones – I am signing up for a local half marathon about halfway through my training, and I am keeping track of how far I’m running with a GPS watch. I’ve also put together a strategy for my fundraising – again with milestones – in the hope that I won’t be frantically hassling people for money with only a week to go.

I’ve even looked for ways to free up some more of my time. I’ve arranged a childcare swap with a friend who has recently re-joined the gym, which will reduce the number of runs I have to do in the dark; and I’m contemplating hiring a cleaner.

I’ve started crossing every run I do off on my planner, so I already feel that I am making progress. At the time of writing it’s still early days in my training and there’s no getting away from the fact that it’s going to be a long hard slog. I know that there will be times when I will wish I’d never taken it on, but now I’m starting to feel that it’s not unachievable. I will get there. And I might even enjoy the journey.

Bev is running the London Marathon to raise money for Meningitis Now in memory of her late niece Milly. You can read more about her journey in her blog Running for Milly.