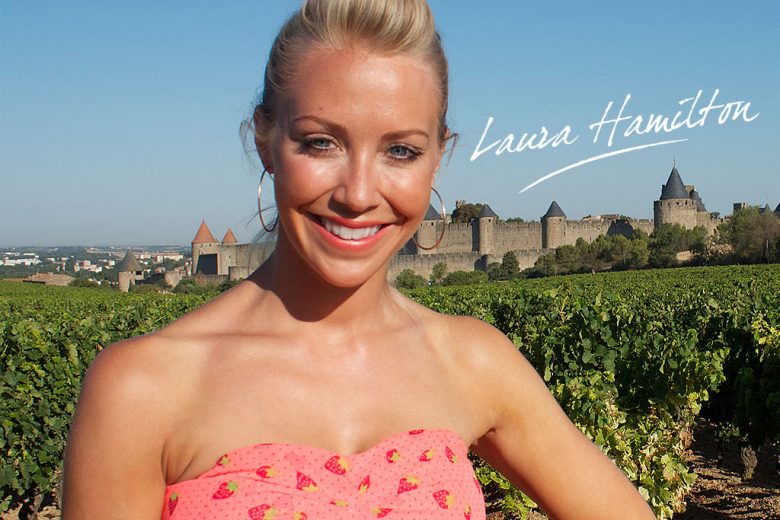 Laura Hamilton, presenter on A Place in the Sun, Daybreak and upcoming new TV show Beat my Build, and runner up in Dancing on Ice in 2011, is expecting her first baby in November. We found out how she feels about becoming a working mum, and how she plans to balance her career and new baby.

How important is your career to you?

Really important. I’m definitely a career girl and have always been fiercely independent. I love my job and am passionate about what I do – my work is a big part of who I am.

Financial independence is also really important to me. I love that I can earn my own money, and if I want to buy something I can do. I get a great deal of satisfaction from knowing I bought something myself.

How will you fit your career around your baby?

I’m planning to work as late as I can. I’ve been lucky and had an easy pregnancy so far. I’ve not suffered from any morning sickness – unlike my poor mum! – and it’s only now at 28 weeks that I’m starting to feel a bit breathless. I know everyone is different, but I really want to keep on working for as long as I feel able to.

I’m booked to start filming a new series of A Place in the Sun in March next year, and will be taking the baby with me. I’m lucky in that my mum and my husband Alex’s mum no longer work, so they’ll take turns to fly out and help. Alex will take time off work to join me when he can too.

There’s also the possibility of work in the UK before then – I often present for Daybreak, and I’ll do that too if I’m asked. Again, I’m really fortunate to have the support of my husband and both our families.

I still want to grab every opportunity and make the most of being able to be mobile now, before I need to think about school and the restrictions that may bring. I’ve got great role models, my mum and my mum in law both worked while they raised Alex and I, and I think if they did it, so can I!

How do you think being a mum will change your career choices?

I’m not sure right now. I’ve always been a bit of an adrenalin junkie – I never gave a second thought to any of the moves in Dancing on Ice – but I wonder if my mentality will change when I have someone I’m responsible for, and can’t be so reckless. That said, everything on TV is performed in such a safe environment. Alex and I are both keen skiers and started skiing when we were young children, and that’s probably more dangerous than my TV shows!

You’ve got a new show coming out soon?

Yes, I’ve just finished filming Beat my Build with Amanda Lamb (we’ve each filmed 10 shows) and the series starts in September. I’m really excited as it’s the first show I’ve done that’s been a brand new commission. I’m also really passionate about it because I’ve renovated eight properties over the last 10 years myself, and love everything to do with renovations and interior design.

Each episode of the show features two people who are renovating houses, and they’re competing to make the biggest profit. The houses are in similar areas, bought for a similar price and have similar profit predictions, so it’s as fair as possible. There are lots of really different characters and it’s a brilliant show.

We started filming a year and a half ago, around the time of my wedding and have only just finished, so I start the series super skinny, and by the end I’m starting to show. We filmed people’s progress over that time and revisited them, so my shape may jump around a bit throughout the series!

As well as having a baby and working, aren’t you planning to move home?

Yes. We’ve just put our house on the market and are planning to look for another renovation project. When we bought this house together, I promised Alex we wouldn’t renovate it and sell it in a year (as I’ve usually done), but that’s exactly what we’re doing! Luckily it was his idea – like me he’s ambitious and having seen how much profit we’ve made on it, wants to carry on.

There’s no need to move – the house has plenty of space for a family, and is in a lovely area with good schools, but renovating becomes addictive. Some people find moving house stressful but I love it. I enjoy renovating, interior design and project management, and am quite happy about taking the plunge with a new baby!

And finally, career aside, how do you feel about being a first time mum?

I’m quite relaxed. When you’re self-employed you’ve got to go with the flow and be comfortable with uncertainty. I’m doing a hypnobirthing course with Alex and plan to breast feed but we’ll see what happens. I’m not going to place too many expectations on myself – just try and enjoy it, whatever happens!