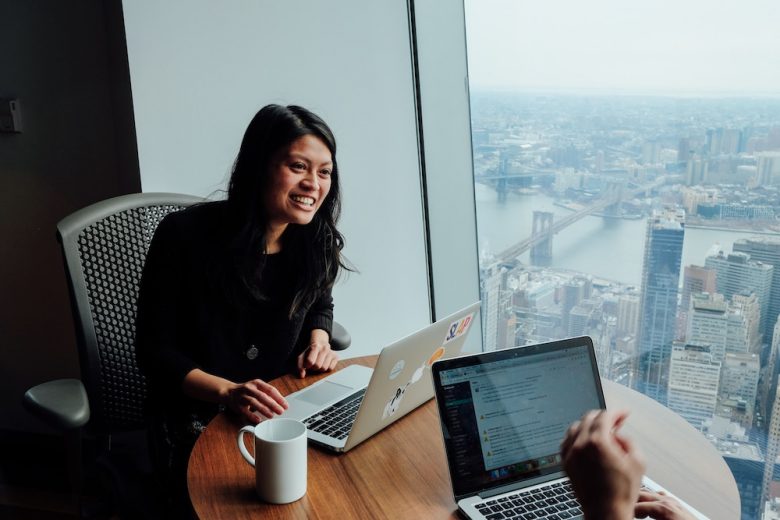 Returning to work after maternity leave and need some career inspiration? Here are three industries that working mums are dominating.

Maternal discrimination. Expensive childcare. The gender pay gap. The glass ceiling. Social judgement for wanting to work. There are many barriers seemingly holding women back in their careers – especially after having children.

But, thankfully this isn’t stopping us.

Who run the world? Girls

While the world still may be run (mainly) by men, women are making their mark. New Zealand’s Prime Minister is a woman. Until recently the UK’s Prime Minister was a woman. A woman has been Chancellor of Germany since 2005. And in 1993, Africa got its first female president (many more have followed in her footsteps.

There are also many more women out there who have quietly reached the top of their professions, and are dominating in what were formerly predominantly male industries. And many of the women currently making their mark on the world are working mothers.

Here are three industries in particular that are dominated by women – some of whom are working mums.

When it comes to keeping you healthy, or caring for or treating you when you’re sick, you’re more likely to find a woman helping you than a man. Indeed, according to advisory.com, 80% of healthcare workers are women and the number will continue to grow.

This agrees with a survey by Allied Health in Schools that discovered:

But once you climb the ranks to leadership positions, the ratio looks a little less healthy for women. Women make up just 34% of all executives in the top 100 hospitals, and out of 46 Fortune 500 healthcare companies, only three women hold top leadership roles.

Things are looking optimistic though. 14-22% of women in the study said they expected to be CEO within five years. And in the UK, according to the Medical Women’s Federation, 45% of all doctors are female. So if you wanted to become a specialty doctor like a cardiologist or a Dentist in Manchester, the odds are good. 68% of salaried GPs are also female.

Another field in which women dominate is education. Which teaching was traditionally considered a career for men, the profession’s gender balance started shifting in the US in the mid-19th century, when the public-school system was born.

By the late 1880s, women made up 63% of all the country’s teachers. It didn’t take long for teaching young children to be seen as a ‘female career’, and one of the first few acceptable career options for girls who couldn’t or didn’t want to be homemakers.

If you’re a UK mother who loved working as a teacher, and miss your old career, then the transition back into work may be easier than you think thanks to the Return to Teaching campaign.

Did you know that, according to the US Bureau of Labor Statistics in 2016, 72% of HR managers are women? Maybe it’s because human resources have long been considered a ‘woman’s role’, meaning fewer men are attracted to the industry.

The recruitment industry is also working hard to address the gender imbalances in the workforce as a whole, with the help of organisations like Women in Recruitment. The aim of Women in Recruitment is to “give all recruitment firms practical support in attracting, developing and retaining their female talent, as well as providing a tangible demonstration of a commitment to gender equality for clients and candidates.”