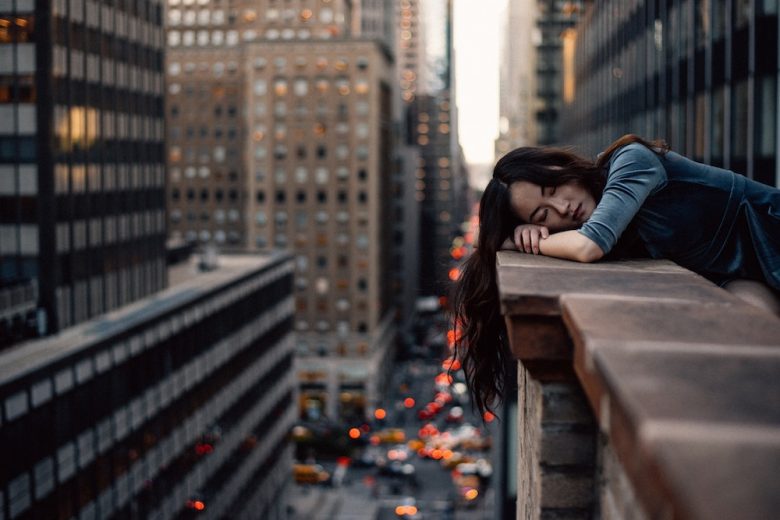 How many of these do you recognise? (Or worse, are guilty of?) Here are the nine most annoying work email habits – and how to mitigate them.

Do you love your inbox? If you’re like most people, the answer is probably a definitive ‘no’!

That’s because, for most of us, our inbox is a forsaken place where we collect the detritus of our working lives and get the latest updates from that one website we thought might be useful in 2009 whose newsletters we just can’t work out how to unsubscribe from.

But there’s one thing that makes all this worse – the frankly appalling etiquette of our email contacts.

“Every office is filled with people who can’t use their emails properly, and it drives everyone mad,” says Brian Johnson, Director of Forward Role, the UK’s leading digital and marketing recruitment specialists. “Despite most people’s common sense, some part of their brain switches off when they come to open up a new email and type up that ‘urgent’ 48-line paragraph and then CC in the entire team.”

So what are the biggest and most annoying email sins you can commit? Here are the nine worst email offenders each office has, and what you can do to mitigate them

Like some unsolicited apparition, these Email Enforcers magically appear next to you, just as their oven-fresh email drops into your inbox. “I’ve just sent you an email,” they helpfully say.

And then they proceed to explain to you everything they’ve said in the email… which means that all you can do is just sit there and listen to what you’ve just read that second.

This is like a parent knocking on their teenager’s bedroom door after they’ve already let themselves in. They’re probably even the type of person who says “Knock knock” instead of actually doing it.

When dealing with an Email Enforcer, do: Take in what they’re saying, repeat it back to them to confirm you understand, and wrap up by suggesting next time they just come and speak to you rather than emailing as well.

Don’t: Ask them to book a meeting in which they can explain their email in more detail.

The Ghost is the professional equivalent of that person you dated who never messaged you back. They’re charming in meetings, pretend like they’re interested in your strategies, and then — POOF! —  they disappear from the email stratosphere, never to respond to your emails again.

You get paranoid. Was it something you said? Maybe they didn’t really like your strategy and are avoiding having to tell you.

Then you realise you’re not alone… they’ve ghosted before – and they’ll do it again!

When dealing with a Ghost, do: Ask them privately to send back a quick reply confirming that they’ve read and understood your email.

Don’t: Harass them at the water cooler demanding to know why they didn’t email you back. “I thought what we had was special” doesn’t look good on an HR report.

HAVE YOU RECEIVED AN EMAIL WRITTEN ENTIRELY IN CAPS LOCK? IT COMES ACROSS AS INCREDIBLY AGGRESSIVE AND MEANS YOU AUTOMATICALLY THINK THAT THE PERSON ON THE OTHER END IS EITHER LIVID OR IS ACTUALLY YOUR GRAN TRYING TO COMMENT ON A FACEBOOK POST.

Shouters are people who somehow write entire emails without reading them — because why else would you send it on? Weirdly, Shouters are often very agreeable in real life, which makes you believe that their habit of yelling their emails is purely an online quirk.

When dealing with a Shouter, do: Email back privately and politely inform them that they might have left their caps lock on by mistake.

Don’t: Use a megaphone to shout your reply back to them.

In a detective novel, a mysterious email is an exciting thing, promising a secretive plot that is exposed by a clever protagonist who can piece together the clues to solve the case.

But at work, mysterious emails are about as exciting as your Aunt Audrey’s holiday photos.

The blank subject line surprises you every time you see it. You say ‘What’s this?’ and click on it, only to find yourself reading the same memo about that one project you finished months ago. Seriously, guys. A two-word summary is not that hard.

When dealing with a Blank Subject Liner, do: Explain to the sender that your inbox is usually very full, so without a subject line, their urgent messages might get lost and work won’t get done.

5) The Captain of the Seven CCs

You get an email from your boss. It looks important. Very important. At that moment, you start to believe that maybe — just maybe — they’ve realised they need your help. You hear the word ‘promotion’ echo in the distance. It’s happening.

But then you read it… and you realise the email isn’t addressed to you. It doesn’t even have anything to dowith you. It might as well say “FOOLED YOU!” in Comic Sans.

Instead, you find yourself on a CC list longer than the Treaty of Versailles. There’s the marketing director, the head of IT, three interns that no longer work there, your mum, her dog… it leads to a lot of confusion, and a lot of wasted time.

When dealing with a Captain of the Seven CCs, do: Reply to them directly, asking whether they need your input on this email chain or whether you can be removed from the CC list.

Don’t: Type something witty and hit ‘Reply All’. You know who you are. Stop it.

It’s late afternoon. You’ve just spent the best part of an hour crafting that perfect email to your manager explaining the next steps of your marketing strategy. It has charts. It has chapters. It even has a list of contents and an epilogue in which you thank your family for all the support they’ve given you in writing such a wonderfully crafted email.

And the reply you get?

CEOs and Managing Directors are particularly bad for this. To them, they’re just trying to be efficient by providing quick sign-off on a good-enough suggestion so they’re not a bottle-neck. But to their staff, it can come across like they don’t care, which can be frustrating.

When dealing with a One-word Wonder, do: Ask for specific feedback in your email at the beginning and the end so they can’t miss it if they skim read.

Don’t: Yell “You’re not even trying!” before sobbing quietly at your desk.

There’s something incredibly satisfying about setting an auto-responder. It’s a badge of pride — that little message that tells your contacts that, sorry, you can’t answer their email right now because you’re too busy enjoying yourself in some sunny corner of the world.

But once you’re back at work, the auto-responder makes you look like a fool. It’s not just annoying for staff but for clients, too. One might be given some leeway on their first day back, but by day two, it’s embarrassing.

When dealing with an In-office Auto-responder, do: Politely inform them that they might have left their auto-responder on and, if necessary, show them how to switch it off.

Don’t: Make loud, sarcastic comments about how amazing it is that someone could be at work and on holiday at the same time. You’re not funny, Jill.

False Alarmers are those people that somehow missed the parable of the boy who cried wolf. They mark their emails as ‘URGENT’ so that they catch your eye, and naturally, you open it in a panic, only to find that they want to know whether there was a milk delivery this morning because they just checked the fridge and, well, we’re out.

False Alarmers make trouble for themselves. It’s not long before you stop opening their urgent emails, which means when they have something important they need to communicate, no one is going to listen.

Come on, people, we learned this in primary school.

When dealing with a False Alarmer, do: Explain to them that, although you understand they believe their projects are top priority, they should only mark emails as urgent if it’s a genuine emergency.

Don’t: Secretly fill their pockets with meat before a company hike to recreate the parable of the boy who cried wolf.

You know it’s going to be bad when you see this subject line:

Historians like to forward LONG email chains to people. They want you to scroll to the very beginning, painstakingly making your way back through time until your finger hurts. You scroll past the Millenium, the Great Depression, the Ice Age. You’re pretty sure email can’t have been around long enough for this email chain to be possible, and yet you’re still scrolling.

And just when you’ve caught up, they forward you the next batch of updates.

When dealing with a Historian, do: Ask for a quick summary of the key things they need you to action to make sure nothing is missed.

Don’t: Build a time machine to go back and stop them from being hired. You might bump into yourself and let’s face it, you were not cool in the nineties. No one was.