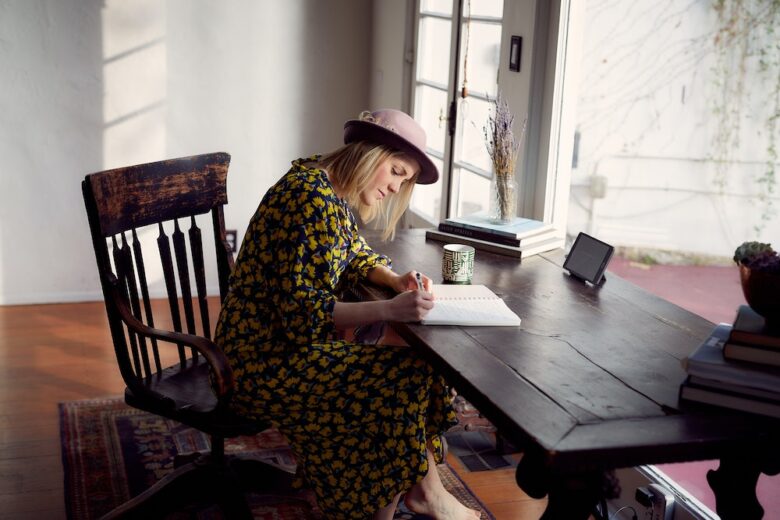 Many people struggle with the feeling that they will never reach their goals or become happy. This is because we constantly hear about what others have accomplished and what we haven’t, which significantly shapes our personalities.

This perception is particularly true of women, particularly when time is a factor. There is a belief that they must possess some talent to get the same results as their male counterparts, or better. Once they’ve gone past the golden age with little or nothing to show for their efforts, we assume that they’re simply not trying hard enough.

However, time proves us wrong as many of them eventually realize their dreams after decades of striving, becoming renowned in their fields.

In this article we’ll look at the ten greatest women authors after 40. We hope to inspire you to never give up on your dreams, regardless of how difficult the journey may be.

We start the list by taking a look at one of the top women authors at 40. Jo Ann Beard is a well-known American fiction and non-fiction author, whose ground-breaking collections, The Boys of My Youth and Festival Days, leave a unique mark in literary history.

She didn’t start as a writer. In actuality, Jo Ann initially nestled in painting to express her creativity. Her writing journey began, however, after she learned to professionally write in class. Her collections hold a rich history in storytelling that leaves readers mesmerized.

Not all accomplished writers today picked a pen at a young age or in their mid-years — Laural Ingalls was one of them. American author of nine novels in the Little House on the Prairie series, who lived to be 90, Laural Elizabeth Ingalls Wilder began writing after retiring.

Adapted for the big screen, the series illuminated her early years as a pioneer girl and settler in Wisconsin. Laural Ingalls, a descendant of the Delano family and a former spouse of Almanzo Wilder, also wrote These Happy Golden Years, Farmer Boy, The Long Winter, and many others.

From a young age, some people believe writing is innate. Rachel Cantor, an acclaimed author, is proof of this. Even though she envisioned herself as a writer at 8, she didn’t take it seriously until 35.

With her novel A Highly Unlikely Scenario; or, A Neetsa Pizza Employee Guide to Saving the World, she broke into the spotlight at 40. Several of her works have appeared in literary magazines ever since, thanks to her tutors and writing seminars.

One of the greatest 19th-century British writers and author of Adam Bede, Middlemarch, among others, George Elliot began writing novels at 40. Her scholastic prowess had been prominent during this time.

Besides the literary scene where she used her pen name, the English novelist was better known as Mary Ann Evans. Her attention to detail and refined art won her the admiration of Charles Dickens, among others.

The name Carola Dibbell might be unfamiliar to you if you aren’t part of the novel-writing or reading community. Still, you might have encountered The Only Ones, which isn’t the 70s cult band, or even recalled her in The Village Voice.

A month before her 70th birthday, the novel, a rhythmical and lyrical examination of life in the outer boroughs of New York City, earned her entry into the list of novelists.

If you thought 40 was too old to fulfil your dreams, think again. Isak Dinesen had a rough time writing Out of Kenya, a short story collection that catapulted her to fame at 49. Before then, her return from Kenya had been fraught with financial and emotional turmoil.

Worse still, publishing the rushed but elegantly written collections — part of which incorporated an Arabian starry night theme and her incredible African experience — in England and Denmark proved futile. Eventually, the U.S. changed everything.

Claire Fuller isn’t your typical person. Not only is she the author of the acclaimed book, Our Endless Numbered Days, but she’s also co-founder of Prime Waters, an organization dedicated to the needs of first-time authors. Even though her fiction writing journey began at the age of 40, it has helped her become a prizewinning novelist.

The Golden Child author Penelope Fitzgerald wasn’t a stranger to fiction writing when she wrote it in the late 1970s. Before her debut novel at 60, she had written notable biographies. Penelope’s debut novel had a keen interest in keeping her terminally ill husband entertained.

Some books are written in two shakes of a lamb’s tail, and others take years to complete. For Mira Jacob, her first book, The Sleepwalker’s Guide to Dancing, was in the making for 10 years before it was published.

At that time, she was 41. Nevertheless, the masterpiece lives up to readers’ expectations. Alongside this novel, the American Writer’s has written Good Talk: A Memoir in Conversations.

Similar to Mira Jacob, Elizabeth Strout took six to seven years to write and publish her first novel, Amy and Isabelle. Despite being a law graduate, the American Pulitzer Prize winner found more fulfilment in honing the pen. Her novel, published at the age of 42, is proof of her experience and dedication to her craft. Other best-selling novels under her belt include The Burgess Boys and Olive Kitteridge.

What can you learn from these authors?

Having studied these powerhouses, you might be wondering if your writing skills are good enough to earn you a career. Thankfully, a reputable Reddit essay writing service will improve your manuscripts. These providers have research paper writers who deliver affordable, top-quality content.

So what can you learn from these famous female writers? Their first book was often a struggle. Many of them were rejected, but they persevered until they were published. Keep writing, find out how to become published, and never give up!