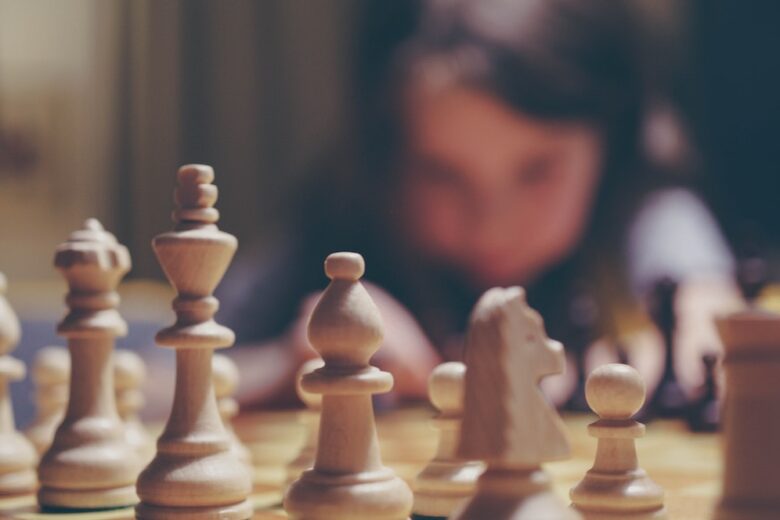 Chess is one of most unique and most popular games in existence. Often referred to as a tool of military strategy, a metaphor for human affairs, and even as a gauge of human genius, chess is the ultimate blending of intelligence, tactical nuance, and artistic endeavour.

While the official records date chess back to the 7 Century, legend suggest that the games’ origins date as far back as the 6 Century. The story goes that after the youngest prince of the Gupta Empire, an ancient Indian empire that existed from the early 4 Century CE to 6 Century CE, was killed in battle, his brother designed the game to represent his downfall to their grieving mother.

Using the already popular 8×8 Ashtapadi board, the game of chess came to be based on two key features. Firstly, there were different rules for moving a variety of different pieces and, secondly, the faith of a single king piece ultimately determined the overall outcome. While the game has gone through multiple changes, it remains to this day one of the benchmarks for critical thinking.

As the rules developed, the pace and complexity of the game accelerated, which in turn led to an upturn in tactics, including the theory of openings and end games. Chess is seen today as an expression of creativity, and you can even learn chess openings online in the hope of one day mastering the game.

Despite the queen often being hailed as the most powerful piece on the board, the number of female grandmaster players is significantly lower than the number of male players to have achieved the title. While this may be the case, there are still a number of inspirational female players who have dedicated themselves to promoting chess education for all, no matter what one’s background or gender may be.

When discussing inspirational female chess players, we would be amiss not to mention the accomplishments of players such as Ver Menchik, Hou Yifan, Maia Chiburdanidze and Nona Gaprindashvili, all of whom have rightfully cemented their legendary status within the game. However, despite never actually winning a World Women’s Chess Championship, it is Judit Polgar who has done more for the game than any other female player.

Before jumping to any conclusions, it is very much worth pointing out that the reason that she never became the women’s world champion is simply because she never participated in the event. Instead, due to her ability, she only ever participated in open events in order to challenge herself at the highest possible level.

When she became a grandmaster in 1991, she became the youngest ever player to achieve this title. Additionally, she is the only ever female player to rank in the world top 10, appearing on FIDE’S January 1996 rating list. Since her retirement in 2014, she has spent her time as a chess educator, even releasing an online critically acclaimed course teaching strategy and tactics. While the game of chess may still ultimately be dominated by males, Judit Polgar has shown the way for the future female players all over the world.