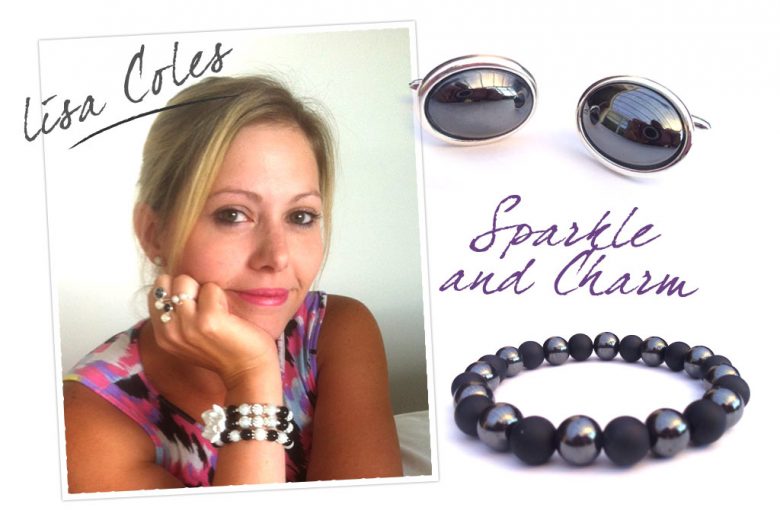 Mum of three Lisa Coles has turned a hobby creating jewellery into a rapidly-growing business – and has her sights set high. We find out how she fell into the jewellery business, and why social media has been such a big part of her success.

What did you do before you had kids?

I worked for HSBC in invoice finance – chasing money and getting new business banking people on board. I really enjoyed my work, and the social aspect of the job.

However, my husband has his own business, and when I fell pregnant with our eldest child we agreed I would give up work and help out with the business instead. I felt I really wanted to be there for my children, and didn’t want to miss out on their first steps and other big milestones.

How did your business start?

In the beginning it was just a hobby – I never planned for it to grow into a business! I’ve always loved creating jewellery, and mainly made children’s bracelets. I was making some for my child’s school fete and a friend saw a bracelet she liked. She asked me to make her one, plus some matching earrings, and said I should put some photos up on Facebook, which I did. Lots of people started liking my Facebook page and asked how they could buy the items, and the business just sort of escalated from there.

How do you find your customers?

I get a lot of custom through my website, and my jewellery has also featured in Marie Claire and Look Magazine. But most of it comes from social networking on Twitter and Facebook. I joined Twitter at the beginning of February 2013, at the same time I launched my business, and just started following people. Now I have over 5,000 followers. In the beginning I researched the best way to network on Twitter, and followed blogs that explained the dos and don’ts of social networking. I also started joining networking hours on Twitter, just looking at who was doing well on Twitter and copying what they were doing!

Though I started out on Facebook, I actually prefer Twitter now as you can connect to a much wider audience. On Facebook you need to rely on people you know liking and sharing your page. On Twitter you can be much more proactive and go out and network yourself.

What are networking hours?

They’re set times, usually once a week where you can chat and tweet using hashtags. The first one I joined was #TwitterSisters. It was run by four women every Thursday from 8:30-9:30pm. You could plug your business with the hashtag and other people retweeted you. Each week, the four Twitter Sisters picked one winner to promote. #TwitterSisters is returning in September and I and another lady have been asked to join the original four ladies, so I’m really excited about getting involved in that.

As well as #TwitterSisters there are lots of other really popular networking hours. You just need to find the most relevant one that works for you.

How do you manage your business with kids?

It’s quite hard at times, especially given the speed with which the business is growing, but I make it work. When I’m with the kids in the daytime, I devote that time to them. In the day, when the older ones are at school, and my youngest is at playgroup (he goes the odd morning) I try and send a few emails and respond to order requests etc. But I do all of my jewellery-making in the evenings when my children are in bed, which means quite a few late nights. We’ve converted our garage into a jewellery workshop, but now I try to bring things in to make while my husband watches TV, otherwise we’d never see each other!

Luckily I love what I do though, so I don’t mind at all. In fact, creating jewellery doesn’t feel like work at all. It’s so therapeutic I could make it for hours. I also love the fact that I’m doing something for ‘me’.

What’s helped you get a better balance?

Discovering Hootsuite was a revelation to me. Before using it I was spending quite a few hours a day on Twitter. Now I get in from the school run, sit down with a cup of tea and thank everyone who retweeted me the day before. Then I schedule my tweets for the day. I’ll check Twitter again in the evening, and if there’s a networking hour on then I’ll join that. On the average day though, I only spend about an hour on Twitter now.

What’s your vision for the future?

To keep growing the way I am! I’m getting lots of orders now for bespoke and wedding jewellery, and am exhibiting at The London Jewellery & Fashion Showcase in Soho in September. There will be lots of celebrities, representatives and media there, so it’s a big opportunity for me.

I’m also going to college in September to learn silversmithing and enamelling so I can start making all my own settings. My long term plan is to become a well known brand and launch a chain of boutique jewellery shops (starting first with my own store) around the UK. In the more immediate future, I’m planning to relaunch my brand and website at the end of August, which is very exciting. And gives me lots of new things to tweet about!