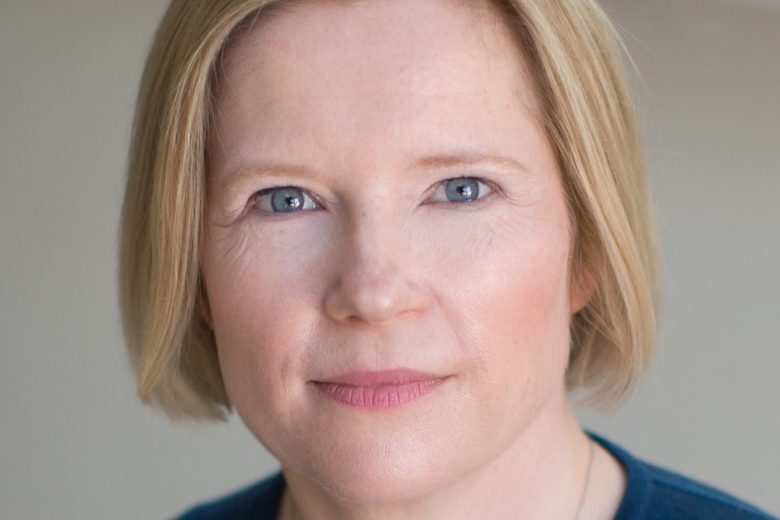 Find out how, inspired by wanting to be an example to her daughter, Esther Wane left a successful career in banking to become a voice actor and creative coach.

That’s a complicated one! I first studied to become a barrister but after struggling to find the pupillage I wanted I retrained as a Chartered Accountant.

After that I looked for a career that combined business and law and worked as a Compliance Officer for Investment Banks for over 10 years. I was successful in that and rose to Executive Director level at both Goldman Sachs and UBS, becoming a trusted adviser and team leader.

After having my daughter was born I returned to work after the financial crash and found that, while I still enjoyed work to a point, it no longer lit me up.

Looking at my daughter I realised I wanted a life for her that was more than doing the job that made sense and living in black and white. I wanted her to reach for her dreams, to take risks and dare to act for what she wanted. I wanted her to live in Oz not Kansas and I knew I would need to light the way for her!

Since I was about six years old I had dreamed of being an actor and a writer, putting it off until a magical time when it would be easy to take the risk. Since that time wasn’t arriving I realised I would have to grab the nettle and explore this childhood passion which had lain dormant.

During that time I appeared in an amateur dramatics production locally and as the curtain went up I realised what I was meant to be doing.

When my son was born I wrote the first draft of my novel, attended some classes at Royal Central School of Speech and Drama and applied to do a Masters in Acting. After gaining a place at ArtsEd Drama School I spent my 40th birthday where my childhood self had longed to be. It was wonderful.

Since then I have graduated and become an award winning audiobook narrator. I have narrated over 130 books for clients all over the world. I have also written two books and published my novel.

The second book is a culmination of my story and my practice that has allowed me to create the life and business of my dreams. This book forms the basis of my creative coaching practice, guiding others to become the creative heroes they are meant to be.

Primarily the idea came out of my childhood passions and my wish to make a living out of acting and writing. The realisation of that took practice, failing, experimenting and finding a way to make it work for me.

A lot of trial and error. After leaving drama school I tried stage and film acting but found it hard to gain a foothold and also discovered I didn’t enjoy being away from my children and home. I became a mother so I could spend time with my children and create a family home, being away threatened that for me.

I also did some financial and compliance training as I built up my new career. While doing that I met an actor who was working as a voice actor from home, which suited her and her young family. I asked her for advice, took it and began learning what I needed to be a voice actor.

I joined the Voiceover Network who held an event where I was able to audition for an audiobook producer by doing an impersonation of Joanna Lumley. I’d never done that before so I treated it as an acting challenge and loved every moment in the studio.

The producer also loved what I did and hired me a few months later to narrate for him. I loved every book, chapter, page and word and my business began to build from there. I owe Joanna Lumley my start!

As a human being I am unique, just like everybody else! I am a creative who coaches others to live in a mature relationship with their creativity, helping them see they have the resilience and resources they need to be the creative hero they are meant to be.

My target audience is anyone who wants to do things a little differently, someone for whom the boxes don’t seem to fit, who wants to embrace their call from creativity, step out into the unknown and see if they can make things better for themselves and those around them.

Learning how to market myself, after a career in banking, has been a challenge, though one I am overcoming step by step!

For audiobook narration I have been to networking events in the UK and US, I have used direct email contact, my agent, my website and now have established relationships.

For coaching I have again used networking events to talk to people about my Creative Hero Workshops and coaching. I have set up a local meet up in St Albans called The Creative Cauldron. I also have great help and support from Juliet Jacobs for my social media and Natalie Trice for PR.

Most excitingly I recently gave a TEDx talk called “Grow Up and Get Creative” at Royal Central School of Speech and Drama to spread the word about the importance of us all having a mature relationship with our creativity.

My most successful strategy has been the Steve Martin quote, “Be so good they can’t ignore you.” Whenever I was struggling I would remind myself of that and then work to be better at what I love to do, building on my strengths, so that when the opportunities arose I was ready.

Doing a great job for clients and providing great service is often overlooked in marketing, but it’s been the source of all my re-bookings, always easier to be hired again than to find a new client!

The biggest one was the belief I had soaked up from society and had become part of my thought processes. The belief that you can’t make a living out of creativity and that female actors of a certain age never work!

That has all turned out to be blatantly untrue as I now earn a very good living from acting and am generally booked for two to three months in advance.

Reaching the milestone of 100 audiobooks and using that to raise money for 100 curriculum books for a community library in Malawi, a donation that is already changing lives for the better.

It is the way in which I can channel my passions and abilities into something that creates positive change for myself, my family and others. It is where I find my purpose and inspire others to do the same.

Hopefully it will also inspire my children. I felt that I couldn’t teach them to follow their dreams unless I was prepared to walk that walk.

There are many who inspire me through their acts, their words and their impact but top of my tree are Margaret Atwood, Brené Brown, Judi Dench, Maggie Smith and Oprah Winfrey.

It isn’t easy but thankfully I have a beautiful studio at home so I am usually at the bottom of the garden. It can be a bit chaotic and I might strive for a bit more order but my nine year old son told me he believes I have the perfect balance between work and play.

You can find out more about Esther on her website.