Interview with Roxanne Hobbs, founder of The Hobbs Consultancy 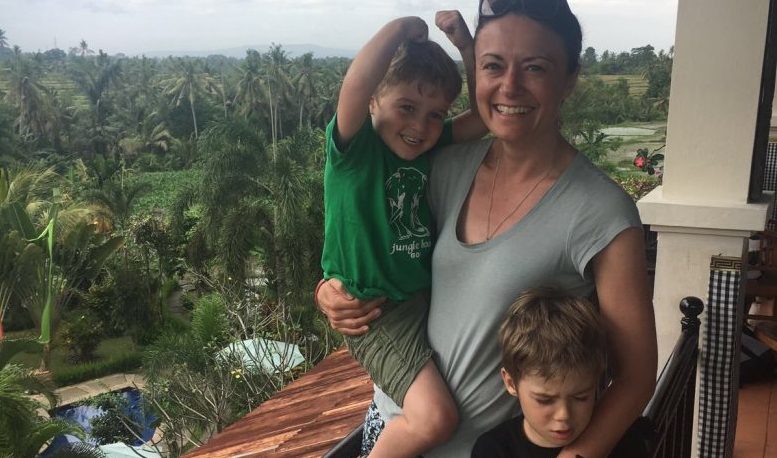 Maternity leave gave Roxanne Hobbs a new insight into her industry – and importantly the challenges women faced in it. Read how she’s now tackling unconscious bias through The Hobbs Consultancy.

My background is in the media industry where I worked for 12 years until I became Managing Partner at Vizeum.

My career changed enormously after having children. While I was on maternity leave, I discovered a new objectivity about the industry in which I had been working. While I was working there, I was blind to the challenges faced by women.

Then, on maternity leave, it was all brought in to rather sharp focus! I decided that, as I had worked at a senior level, and also had already certified as a coach, that I could do something about the challenges facing women in this industry. The idea for The Hobbs Consultancy was born…

The advertising industry has no problem attracting women, but rather keeping hold of them. And supporting their upwards career trajectory – especially through the move from management to leadership. I developed two coaching products that would help women at these key inflection points – maternity coaching and female leadership coaching. Once I’d done that, I just got out there and started pitching and coaching.

I pretty swiftly realised that I was sending the message that the women needed fixing and that clearly wasn’t the case! I also realised that women weren’t the only group of people in the workplace who might not feel able to show up authentically as themselves.

These two insights helped me to grow the premise of the consultancy organically. Now I no longer just focus on gender, but on transforming leadership and cultures rather than ‘just’ working with certain groups in the workplace population.

We are different from other D&I consultancies in that we have a fresh, modern and paradigm shifting approach. We don’t focus on ticking diversity boxes, categorising and quantitative measuring – although we do recognise that we’re operating in a paradigm of ‘what’s measured gets done’, and that measurement of the current status quo can provide a strong impetus to act!

However, we prefer to focus on conversation, feeding people ideas, inclusivity, people feeling valued, leaders doing their own internal work and the nuances of inclusive cultures. We help people to form conscious thoughts and behaviours that address the unconscious biases we are all affected by.

The majority of our work is within the advertising, creative and tech industries although we are starting to get some traction and interest beyond that.

I’ve been building an email database and sending out regular newsletters since the beginning. We also use Facebook and Twitter.  Trade publications are really important to us and I was hugely excited to get published in The Guardian a couple of years ago.

I handed my notice in when my eldest was seven months old to start my own business. I then found out I was pregnant again just two weeks later – I was so shocked! So having two babies just under 16 months apart proved a huge challenge but I’ve managed to be present at home and have a fulfilling career – something that I hold as possible for all of my coaching clients.

Another more recent challenge is that a few months ago my eldest was diagnosed with Autism Spectrum Disorder. When something like this happens, I think all of your own stereotypes and prejudices can really come out.

I questioned whether I should be working and thought perhaps I should be giving it all up to stay at home with him. But really this would have made me miserable and would probably have made him miserable too!

He benefits from me being fulfilled. But more importantly, as I’ve always been a champion of diversity and inclusion, this really just gives me a new corner to fight. I want to support businesses in becoming more welcoming to those on the autism spectrum as I know they have a lot to offer.

It’s not the big contracts surprisingly. It’s the small, intimate moments that I have with some amazing people when I can see that I’ve impacted them and really made them think differently. An attendee on one of my recent courses told me that she felt she had been ‘truly seen’ over the two days and what a gift that was. That feedback moved me greatly.

I think most people would agree that the world is in a tricky place right now. I think your personal contribution is either making the world a better place, or it’s doing the opposite.

I have a vision for a fairer and more inclusive world, where stereotypes don’t get in the way of people achieving their dreams. I am really clear about what I want my contribution to be.

Imperfectly! I’m sure I screw it up all the time. I have a very present husband who works flexibly, who also follows his life purpose and part of that, for him, is spending time with his children. I love travel and so make use of the school holidays and us both being freelance to have some major adventures! I’m currently in Bali for a month…  I’m getting much better at delegating and beginning to learn how to say no!

You can find out more about The Hobbs Consultancy on their website.