Interview with Gill Donnell MBE, founder of the Successful Women in Business Network 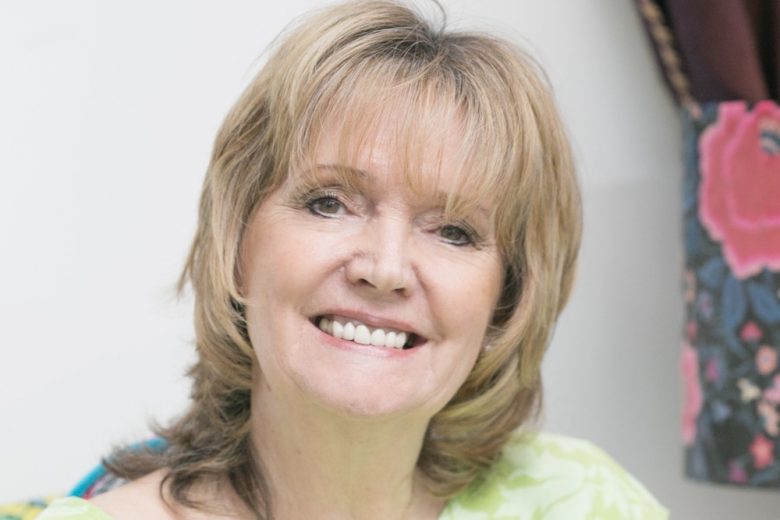 Find out how Gill Donnell turned her passion for supporting women into a business running networking events, conferences and Awards Ceremonies across the South West of England.

In 1981, I became a Police Officer, when things were very different for women in the police service than they are now. In fact, looking back, I was quite a trail-blazer without knowing it  – I was the first female Detective Inspector in our Force (think Helen Mirren, Prime Suspect)!

But as I worked my way up the career ladder, I had my own defining moment, when as a senior officer, I suddenly realised that my force was full of amazing talented women, but there were hardly any at my level.

So with the support of mainly male senior leaders, we set about trying to change all of that. We started a women’s network and began a variety of positive action initiatives, aimed at increasing the confidence and self belief of so many of these brilliant women.

In the 10 years I was the force’s gender lead, we increased the number of women in senior positions from 8-25% and in 2009, I received an MBE from Her Majesty the Queen for services to women, such a proud day.

How did retirement work out?

In 2011, after 30 years service, I was able to retire from the police and decided to finally be a full time mum, having twin girls, affectionately known as Drama and Crisis, who at that time were 13 years of age.

I had worked full time all of their lives, seven years as a single Mum, so this seemed a great opportunity, to be there when they got home from school, for a change. In reality, I am nowhere near as good a cook as their stepfather, so they were very quickly suggesting I find work so that he and I could go back to sharing the cooking; children can be so harsh!

I had done quite a bit of public speaking when still in the force and so I decided to start my own company, Successful Women Ltd and wrote a book on how to be a successful working mum without the guilt. I then set about doing talks called ‘From Juliet Bravo to JK Rowling’, set around my police career.

Although the book contains many humorous stories about life as a working single mum with drama and crisis, it is also a personal development model aimed at helping women to increase their confidence, self-belief and achieve their full potential.

Where did the idea for the Successful Women in Business Network come from?

I started networking to find customers for my personal development courses, but became very addicted to the networking side of things, watching so many women looking on terrified at each new networking group I visited.

People seemed more interested in selling to others, rather than supporting and encouraging each other and building that trust. The answer was to start my own networking groups for women in business that ensured a warm welcome as well as the added value of personal/professional development sessions as part of the meeting.

The first group opened in January 2017 and SWIB is now a membership organisation with 6 groups across four counties, with two more planned for the Autumn and regular Conferences on international Women’s Day.

We have just held our second awards ceremony for the SWIB Awards, celebrating and showcasing the work and businesses of Successful Women across Dorset, Devon, Hampshire Somerset and beyond.

What is your USP?

Our groups are known for their welcome, collaborative and supportive environment, with great friendships as well as business connections being formed.

We realise that attending any sort of event can be daunting, but always guarantee a warm welcome as well as an opportunity to increase business skills and develop personal qualities.

We are the #swibtribe and I defy you to find a more fabulous tribe of women than ours!

Who is your target audience?

Our members range from solopreneurs working from their kitchen tables up to Partners in Law and Accountancy firms, with everyone in between. The common factor that unites everyone is that they all want to grow their businesses or develop their careers with the support of other women.

What is the biggest obstacle you have had to overcome?

As a Police Commander, I had a great team who supported me in the work we achieved every day, but as a new business owner, it was just me – delivery, accounting/ finance, social media, marketing, website building – you name it, I did it.

Now of course I am able to use the services of my amazing members to help build growth in both my business as well as theirs.

What are your three top tips for women wanting to start their own business?

What’s next for the #swibtribe?

We have just launched the awards edition of our magazine, as well as a new mobile app to continue to build our community. The magazine is a great vehicle for members to share all of those skills and who doesn’t want to see themselves in print!

Also, about 3 years ago, I started a podcast – the Successful Women Podcast Show (original I know) and I want to pick that up more regularly and interview even more amazing women from around the world.

By the time this is published, I am sure I will have thought of another idea, but as long as it offers value to members and is fun – why not run with it!

Last updated on Jan 17th, 2022 by Hannah Martin
We use cookies on our website to give you the most relevant experience by remembering your preferences and repeat visits. By clicking “Accept”, you consent to the use of ALL the cookies. However you may visit Cookie Settings to provide a controlled consent.
Cookie settingsACCEPT
Manage consent