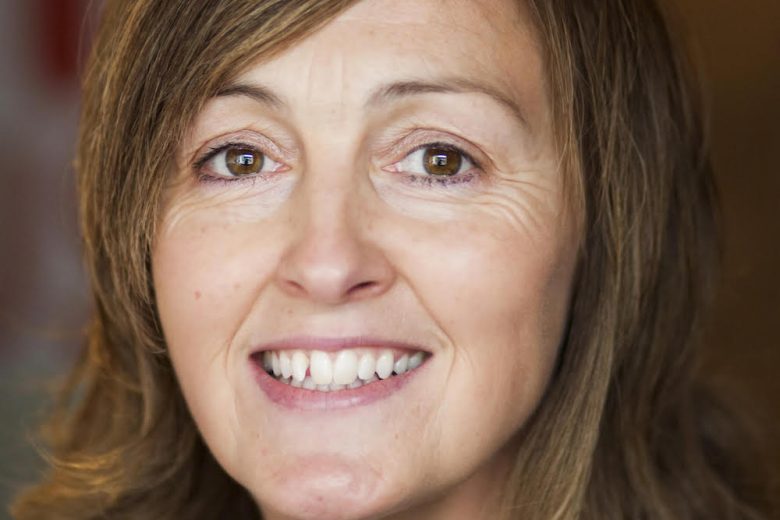 Do you love listening to music? Do you use it to relax, work out to, or while you work? Dr Julia Jones (aka Dr Rock!) reveals the power of music on how we feel and act, and why it was important to her to launch Music at Work Week.

I originally qualified as a Sport & Exercise Scientist and spent 10 years in the health and fitness sector. The ‘90s was a boom decade for the fitness sector as gym chains really started to expand in the UK. Exercise to Music classes were also experiencing significant growth.

I split my time between consulting work for the private sector (health club management), advising public health organisations (I set up one of the first GP Referral Programmes in the UK) and lecturing at Universities and Further Education Colleges.

It was an exciting time in the health industry but by the end of the 1990s I decided to do an MBA to strengthen my business knowledge. By the time I’d graduated I realised that I wanted to run my own venture.

So I launched my music based consultancy – Found in Music – in 2003. We show brands and organisations how to use music to enhance customer experience and employee wellbeing. Clients include Mayor of London, Network Rail, Saga, Gibson Guitars, Battersea Power Station.

When did you become interested in music? Or more specifically, the power of music to improve our health?

During my Sport & Exercise Science studies I became fascinated by the neurological effects of music. Those effects could be manipulated to impact mood and performance.

Even in the 1990s there was already decades of neuroscience research showing how powerful these effects were. I chose this topic for my MSc research thesis and it was extremely conclusive that music can deliver very positive effects on health because it distracts our brain from feelings of fatigue.

This means we exercise for longer when listening to music. The effects are even stronger when we synchronise our movements with the beat of the music. I began working as a Sport Psychologist with GB athletes, using music to help them control anxiety, boost motivation, confidence and mood to achieve peak performance.

I then took these same principles and started showing the general public how to use music to achieve the same effects to improve health. I’ve been prescribing music ever since which is why I gained the nickname Dr Rock. Music can be the answer to almost everything when used properly.

What’s the connection between music and good health? What research has been conducted?

The body of scientific evidence in this field is now absolutely vast. Humans share the unique ability to appreciate and create music.

We also are the only species that can synchronise with each other and the music (singing and dancing). Babies respond to music and so do those suffering late stage dementia. It’s with us from birth to end of life and triggers the same feel good neurochemicals as food and sex, but has no apparent “job” such as keeping us alive or reproducing offspring.

Scientists still don’t really understand why we have this ability but there is general agreement that it exists and that it can produce powerful effects. Learning instruments during youth increases the neural networks in the brain due to increased plasticity and this can help other skills such as language and maths.

These effects also are evident when learning instruments in later life but it’s most powerful in early childhood. Listening to music, singing, dancing and performing activate multiple regions of the brain – thus providing a comprehensive cognitive workout to keep our brains firing on all cylinders. It can also increase circulation which helps blood flow to the brain.

Dancing of course activates multiple muscle groups and joints as well as the heart and lungs and brain. When we do any of these activities with other people there is an additional effect as oxytocin is released – the neurochemical linked with social bonding.

It is likely that this effect made music so central to the success of our ancestors forming communities and collaborations tens of thousands of years ago. The oldest instrument found to date is a 40,000 year old flute. Undoubtedly humans were also singing and dancing many generations before this complex instrument was invented.

Why does something need to change in the workplace? What’s not working currently?

Workload has significantly increased for most people. The arrival of technology didn’t relieve us of our workload, it has (so far) increased our workload.

This lifestyle has produced extremely damaging mental and physical health effects. Gym memberships and fitness industry revenues have continued to rise but so have our levels of inactivity – because we don’t have the time or the desire to visit them.

The World Health Organisation figures in 2018 showed that despite 15 years of policy changes and public health campaigns our nation is more inactive than ever.

We need to urgently rethink our workplaces and working life. We know that open plan offices are almost impossible to work in due to constant interruptions and distractions but they are probably here to stay because they are the most cost efficient.

What’s your ‘rock prescription’ for people?

It’s simple and complex in equal measure. Music can produce instant results BUT only if the music is the right music for that person and that environment. It depends what you’re trying to achieve, your age, your tastes etc.

My PhD research examined the effects of our music taste during youth and the findings clearly showed the lifelong impact of our music choices.

There are some general principles that can be applied though. For example, if you’re trying to focus on work that needs a level of concentration then slower music without lyrics tends to produce the best results.

If you’re trying to focus on work that doesn’t need so much attention higher tempo music works well – even when it has lyrics. If you’re trying to relax then slow to mid tempo songs that you love to sing along to are very effective because they also help regulate your breathing.

(A more detailed range of recommendations is in my book The Music Diet!)

And how can companies best embrace this to see results?

We also know that music can have a significant positive effect in workplaces in multiple ways. Listening to the right music on headphones (not just any music) can help you get your work done faster.

Having appropriate background music in kitchen areas of offices can produce a more relaxing environment and create a positive shift of mood.

Going to see live music events with colleagues can create much stronger social bonds and drive team cohesion and communication across projects. Encouraging music tuition in the workplace can help people learn an amazing skill that they will be able to enjoy for the rest of their life as well as improve their cognitive skills and memory.

What kind of benefits are companies who do embrace music at work see?

There is increasing research in the area of workplace wellbeing and it’s clear that workforces who are happier are much more productive. They are absent less often and when they are in the office they tend to work well both on their own and with others.

We know that the right music makes people happy due to the way our brains process it and the resulting neurochemical release. So music can have a clear impact.

I stress that when music isn’t used well it can have the opposite effect. Playing music too loudly or playing inappropriate music (thrash metal or repetitive trance) can simply become extremely annoying. Similarly listening to the same songs over and over can become extremely irritating.

So when companies employ music it’s important to do it properly and with an informed music strategy rather than just putting the radio on. There needs to be a bit of science involved in the decisions.

What’s Music at Work Week, and how can people get involved?

While researching and conducting interviews for my book The Music Diet it became obvious that music isn’t being harnessed at all by most employers and often done badly by those who are.

I wanted to draw attention to the fact that sensible use of music in workplaces can transform the lives and health of those who work there. It can deliver an immense social impact as well as improve the profits of the companies they work for.

I want employers to embed music in their employee wellbeing programmes before Music At Work Week (Nov 25 to Dec 1) and celebrate music in various ways during the week. For example, launching their music tuition courses on-site or taking teams to local grassroots music venues or hosting lunchtime gigs.

And finally – what’s on your own work playlist, and why?

Well as I mentioned above music choice has to be specific to both the task and the person so I have many playlists.

But my favourite song when I’m heading to a meeting to (hopefully!) close a sale is “Intercooler – All Coming Back To Me”. It’s an upbeat tempo with a great driving melody and rhythm. It reminds me of a really inspiring and exciting time in New York when I first set up my company and met this young band from Sydney.

I’ve listened to it so often over the years that I can now just sing it in my head and get the same energising and motivating effect. Especially when I walk in synch with the song.

This sort of visualisation effect has been demonstrated in sport and dementia settings for years. It’s useful because it means you can call on a song anywhere even when you don’t have any access to music.

You can read more about the power of music on the Music Diet website.