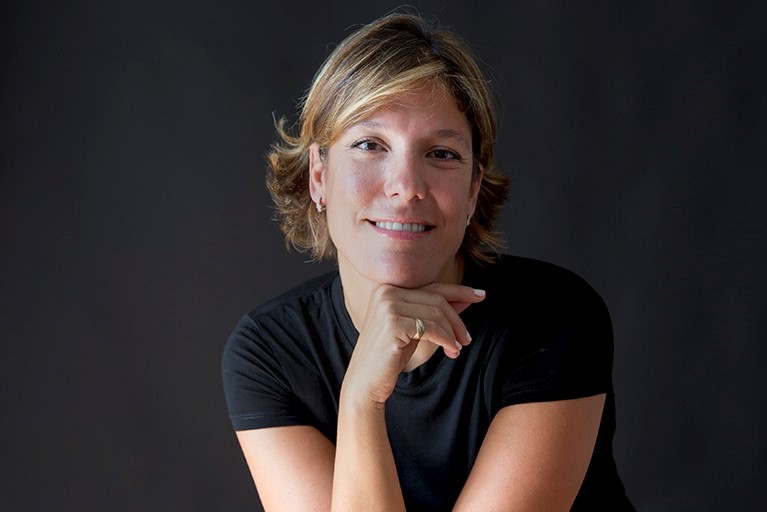 Berta Maso has lived a life of adventure. She’s worked in Spain, the UK, Kuwait, United Emirates, Switzerland and Italy, and once left a job at Christian Dior to follow the dreams of a Sheikh!

Find out how she finally swapped a successful 20-year career working in HR for other people to launch her own business – BMS Human Resources Management, offering HR solutions to people challenges for fashion brands and career coaching for ambitious women.

I remember being in the last year of high school when our philosophy teacher played us a video that would change my life forever: the life of Sigmund Freud.

This was the year when we had to enrol to university and I remember feeling confused and overwhelmed about my career decision. It was at that point in life that I became fascinated about the mystery our brains hold, about the power of our subconscious and about the dynamics our minds.

And so I became a student of psychology. But, at the end of my career, reality hit hard when I had been placed in a hospital of anorexia and bulimia and I knew this was not the life I wanted to live. How did I get this all so wrong?

Whilst trying to figure life out, I decided to move to London for a period of six months to learn English. Those six months turned seven years. After my English, I studied a Master on Business Psychology and so I discovered how to use my passion in another context (I didn’t get it all wrong after all!).

After my Master I landed in my first job as a HR assistant for Burberry (not without going through a couple of waitressing jobs though!). After Burberry, came Christian Dior until a Sheikh crossed my life, sold me his dream and I dropped it all to follow him.

People around me thought I had gone nuts when I told them about my decision. My mom screamed! I mean… who in their right frame of mind leaves such a great city like London and such a reputable company like Dior to move to Kuwait to work for a local retail partner, right?

But here there is the thing; I am drawn to people more than anything else and so I put my seven years of London life in two suitcases and I moved to Kuwait. Looking back that was one of the best decisions ever. The people I met during that adventure were the most special and i feel so connected to them up to these days.

The Middle Eastern dream lasted four years until an Italian man (who would father my children shortly after) took me to Italy. I arrived to Italy with a once in a life-time opportunity to build the “people front” of a fantastic and powerful American Brand in Europe. We made the impossible possible and proved the world that the sky is the limit.

But this came with a high price. Long working hours, intensive travelling and a rather aggressive organisational culture eventually played its toll on me and after six years I called it a day. This was not only the end of my career in that brand, but the end of my career the way I knew it. My corporate life was starting to feel like a life sentence and so I knew the time had come to change what I was doing and the way I was doing it.

And so, I built some courage and I jumped into the big void. Was I ready? Hell no! But, remaining stuck somewhere I didn’t belong wasn’t an option either so I had to give myself a new opportunity. And so I did.

I would soon discover that when you connect your job with who you really are and what you really believe in, you start living a fulfilling life in every sense of the word. And so in 2016, after very successful 20 years in HR, I embarked in my own adventure by founding BMS – Human Resources Management; a HR consulting firm who offers customized HR solutions to people challenges for emerging brands.

I also became a fully qualified career coach with a mission to support high flying professionals to turn around their careers. Life has taught me that the motivators, tactics and skills that push you in your 20s and 30s, start to fall apart in your 40s and 50s and so you need to change the way you are doing things. You need to evolve if you want to stay in the game.

I eventually connected all the dots and offered my business acumen gained through two decades of working in the corporate world together with the learnings acquired in my own career reinvention together with my coaching skills to support extraordinary leaders to evolve and up their game.

Motherhood turned my career up side down. I had been unhappy at work for a long while already and motherhood was just the ice on the cake which made the need for a change impossible to ignore.

Motherhood makes you evolve as a woman and as such, your priorities, values and own definition of success shift. If you don’t make the necessary adjustments which are in alignment with this new you, you will feel this disconnect with your soul.

During my career in HR, I recruited tones of people and when I moved into this new chapter of my life, I kept the headhunter hat on. Unconsciously (or not), I found myself career coaching my candidates as sometimes I found, their unhappiness was not so much about the company they were working on but the type of career they had chosen for themselves.

I then created a group coaching program called “Power Up Your Career” which was a success and from there my coaching business.

My story is marked by change and career reinvention. Originally from Barcelona, I have lived and worked in the UK, Kuwait, United Emirates, Switzerland and Italy and have been an employee for as long as 20 years before becoming a business owner. I am a reinvention Queen in my own rights!

Women who aren’t ready to compromise for a career below their true potential and desire. Women who are not willing to have their families running around the needs of someone else. Women who dare to have it all.

The most powerful for me has been my reputation in my sector and word of mouth. Up to now, every single coaching client that has come my way has been a colleague in one chapter or another in my past lives. It must be true that say that goes “people will forget what you say but will always remember how you make them feel”.

The transformation and results I create for my clients.

The shift in my mindset from “employee” to “entrepreneur”. These are two very different ball games and the fact that you were successful in one doesn’t necessarily mean you will be successful in the other.

I have been supported by coaches and mentors who have helped me to make this transition. And the support exists up to these days.

Being shortlisted for the “International Coach of the Year” Award by The Coaching Academy at the end of last year.

This work I have recently chosen is important because I get to touch, change and transform the careers of others and this gives me such a buzz like nothing has ever before.

I have a really good support system that can jump in when I am not available. However, I am very much present when I need to be. Its all about finding the right balance, whatever that means of each and every one of us!