How to make space for positive change 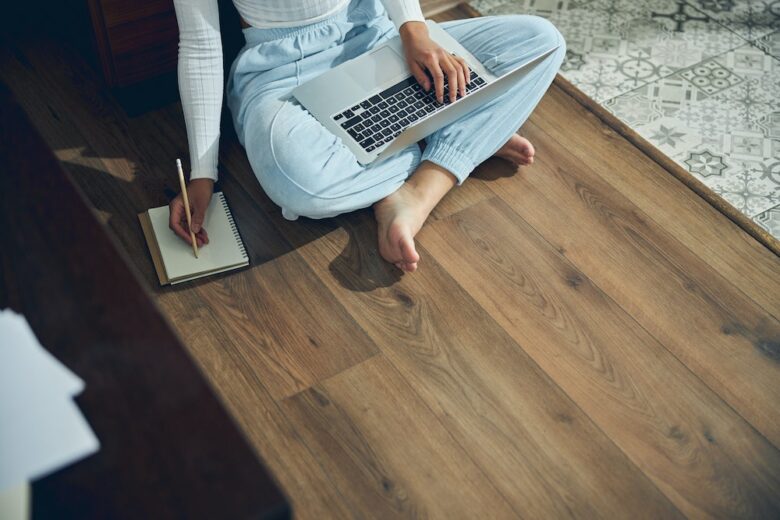 When was the last time you ‘burned’ your life to the ground? Find out what a bush fire taught Sarah Cordiner about making space for positive change.

When I first arrived in Australia from the UK in early 2012, I witnessed the WEIRDEST thing. I was driving along a country back road ‘out bush’, when I noticed the Department of Parks and Wildlife trucks making a roadblock.

A tunnel of thick black smoke filled the hot summer air just beyond them, billowing and undulating aggressively as if it was sent by the devil himself to annihilate all life on earth.

I stopped at the roadblock, mesmerised by the ferocity of nature, when I saw the weird thing… men and women, wearing fluorescent yellow onesies were deliberately setting fire to the bushland.

They were holding ignitor devices that looked like flame-throwers, casually walking along the roadside and pouring flames onto the bushland.

I was incredulous. Terrified. Angry. “What HOOLIGANS!” I screamed inside my head, slapping my steering wheel.

I sat there with my mouth wide open wondering what I should do about the flame-thrower-wielding nut-bags. I could not believe the destruction that was unfolding in front of me.

Black smoke billowed into the air, a swarm of Eagles, Kites, and Kestrels circled above, occasionally diving to the smouldering ashes to pick off the fleeing reptiles and rodents.

“OMG the animals!!! The plants!” I wanted to run into the fire and save everything.

The searing orange flames incinerated the gum trees, grasses and shrubs with every lick, and made the wind swirl like mini-tornadoes around my car making the heat even more unbearable than it already was in my old banger with dodgy air-con.

What on earth was going on?? Should I call the police? Had these government workers gone rogue?

I was about to rage out of my car and perform a multiple citizens arrest, when one of the male flame-throwers politely waved a shiny ping-pong bat at me, urging me to turn around and move on.

“What are you doing?” I screamed at him through my open car window; my eyes squinting to avoid the bits of ash that was snowing all over us from searing out an eyeball.

Sometimes we need to ‘destroy’ something to keep it alive

“Its a controlled burn love” he replied, as if I’d just arrived from space or something. He saw my look of total bafflement and realised that I needed an explanation.

He brushed a massive chunk of smoking debris off of his shoulder and explained how the controlled burns were not DESTROYING the bushland, it was to help keep it ALIVE.

Traditionally the Indigenous Peoples managed the land with controlled burning to clear the dead and dried debris as thus stop massive bushfires spreading in an uncontrolled manner.

Without the controlled burns in sectioned areas, wild bush fires could wipe out entire areas. But most importantly, it was to maintain the biodiversity of the bush.

Fire strips back the non-native invading flora and makes space for the native plants to survive, thrive and regenerate the correct bio balance. It clears the dead bush from the ground that blocks the light and chokes new shoots from growing.

And amazingly, fire is a catalyst that opens many seeds of native plants to restore a healthy and balanced ecosystem.

And so as nature demands, ‘clearing the deadwood’ is essential to keeping the Aussie bush fresh, alive, growing and sustainable for an abundant future.

I’ve discovered that the same goes for us too. If we want to keep growing and to stay fresh, alive and adaptable, we must regularly clear the deadwood; strip away the debris and completely clear our environment if we want to make space for growth.

It is time to clear out your dead wood?

When was the last time you totally ransacked your office, home, cupboards, drawers, files, boxes, bookshelf, wardrobe and did a complete clear out of your home?

Have you ever felt that incredible ‘lightness’ after you’ve cleared out, thrown out and cleaned everything? It does something wonderous to you.

The feeling of a clear space somehow ignites a renewed sense of energy, motivation, creativity, enthusiasm for life. It’s like a dirty blocked drain is unclogged and everything starts flowing again. It makes you feel organised, in control and empowered.

For me, completely clearing my entire home and sieving through every belonging I have is like getting a new life! I move around a LOT – geographically.

With Gypsy heritage in my blood, it’s not only part of my nature to desire to frequently change landscapes; but as a country-stationed Police Officers wife, it is a REQUIREMENT for us to be relocated to a new rural or remote town every two to four years under tenure policy.

As such, every two years I do a MASSIVE clear out of everything I own. I usually throw out, sell and give away over 60% of my belongings every single time.

Our four year tenure in Broome, Western Australia is now coming to an end and as such, I am currently in a mega ‘controlled burn’ mission on my home and stuff to make space for the next chapter of my life in a new town.

We are influenced by the environment around us

I don’t know about you, but I really do feel that each place we live changes us in some way. We become part of it and it becomes part of us.

We become parts of the people we meet there, we are re-shaped by the experiences we encounter there, our bodies become the food that we eat there and our souls expand into another version of themselves. We are not the same people when we leave a place, as we were when we arrived there.

So for me, I like to go to a new place as that updated version of myself, and leave the old, outdated parts of me behind for good.

And if you can’t go to a new PLACE, make your current place FEEL new by giving it a total cleanse and a new lease of life!

It will honestly change so much for you and absolutely makes space for change, growth and and a total sense of renewal. A ‘fresh start’.

What will you clear?

What parts of you or your life need to be burned, binned or left behind in order for you to grow? If you would like help, the free Love Your Life Audit is a great place to start.

Sarah Cordiner is a Postgraduate Qualified Course Creation Specialist with over 160,000 student enrolments in her online education programs, from 181 countries.