How the stress of motherhood turned me into a secret drinker 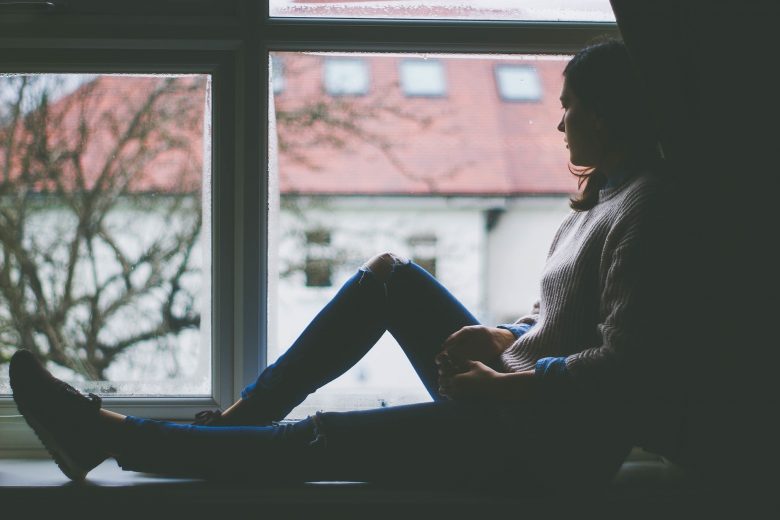 How do you deal with the stress of being a mother? Read how more of us are turning to alcohol to cope, and how one woman became a secret drinker.

Tucking my daughter into her cot, having read her her favourite ‘I’m a Bunny’ bedtime story, I switched off the light and took a deep breath.

Normally I would have gone downstairs to join my husband, but tonight I take a few minutes to indulge in my guilty secret: a large glass of red wine.

I had smuggled a bottle of red wine into the house earlier, and had been waiting for this moment all evening.

I had carefully taken the bottle upstairs – my husband is teetotal because he hates alcohol – and poured myself a glass to drink while looking out of the nursery window. All while my baby daughter slept soundly.

I’m not a big drinker

The thing is have never been a huge drinker. I still am not.

As a child-free 20 and 30-something I was, at most, a binge drinker who has a few too many every few months, then months without so much as a glance at a glass of wine.

In fact until I had children I only ever regarded alcohol as something that should be consumed with good food and good company, and the occasional post-breakup or bad day at work binge.

But that changed when I had my youngest daughter two years ago, age 41. Having two children, although my oldest was four and half and starting school, was a whole new world of anxiety and stress for me.

I loved having a family but I’m a born worrier.

I discovered the power of wine

It probably didn’t help that I started back at work when my second daughter was just three weeks old, and then took on a large contract when she was 12 weeks’ old with a client who was so disorganised I found myself having to take on board several other people’s jobs. Which I did without complaining.

And then there was the school run. I’m lucky in that I share it with my mum and my husband, but having to rush to do the school pick up, have tea ready and turn my brain back into work mode was not something I found easy.

Where we live doesn’t help. In the highly-competitive commuter belt of Bishops Stortford (we live in the nearby village of Stansted) the fight for school places and decently-priced houses pits parents against each other in a rat race supreme.

Add to that the worries over being self-employed and having to embark on weaning and potty training and my worries all kicked in. And I have a husband who does more than his fair share of the housework and childcare.

It was around this that I discovered the power of wine.

One stressful day, I bought myself a bottle

Breastfeeding my youngest meant I had abstained for a few months, but on one particularly stressful day I bought myself a bottle of wine.

I had intended to share it with my mum, but I hid from my software consultant husband Andrew, 43, and smuggled it upstairs. Then after doing the early evening feed I glugged down a glass, followed by another soon after.

I didn’t need any more; my worries appeared to have evaporated. I’d been prescribed tranquillisers by my doctor for anxiety a few years back and had never taken them. The wine seemed a more healthy way (in my mind) of getting myself through to bedtime.

I started doing it every week

It took me three evenings to finish the bottle off, and I hid it from my husband.

In the 18 months since, I would say I’ve done this about once or twice most every other week. I’ve never been drunk and I normally stick to two small glasses of wine.

I know there are mums who drink way more than me, but it was the secrecy of my drinking that I knew was unhealthy.

If there was nothing wrong with it, why was I hiding it?

My husband finally caught me

As the new term approached and my anxiety at juggling the whole school pick up and work thing intensified I found myself reaching for the bottle again.

This time though, my husband rumbled me, and I was forced to look at myself.

I only have one kidney. And while it’s not normally a problem, I wouldn’t want to take any chances with my health. I’m 45 and eat well and exercise regularly.

Also a report by Alcohol Concern says my bad habits could be passed on to children who think it normal to be drunk or to relax by ‘collapsing’ in front of the TV with a drink.

Parents are twice as likely to turn to drink

Their research, involving 1,250 adults shows that parents are twice as likely to be ‘dependent’ drinkers than those without children.

There are concerns their bad habits will be passed on to children who think it normal to be drunk or to relax by collapsing in front of the TV with a drink.

For other mums for whom a bottle of wine is never far away, and a husband who matches their drinking I would imagine it would be much easier to slip into a habit of soothing their stresses with alcohol and not be able to stop at ‘just’ two. With consequences that go far beyond being rumbled by their husband.

For me though, I’m happy to give up my secret drinking.

Worried that you or someone you know may have a problem with drinking? You can read more and find to where to go for support on the NHS website.

Samantha Downes is a financial journalist and the author of several finance guides and books.

Last updated on Jun 13th, 2018 by Samantha Downes
We use cookies on our website to give you the most relevant experience by remembering your preferences and repeat visits. By clicking “Accept”, you consent to the use of ALL the cookies. However you may visit Cookie Settings to provide a controlled consent.
Cookie settingsACCEPT
Manage consent