How marijuana lubricates the creative process 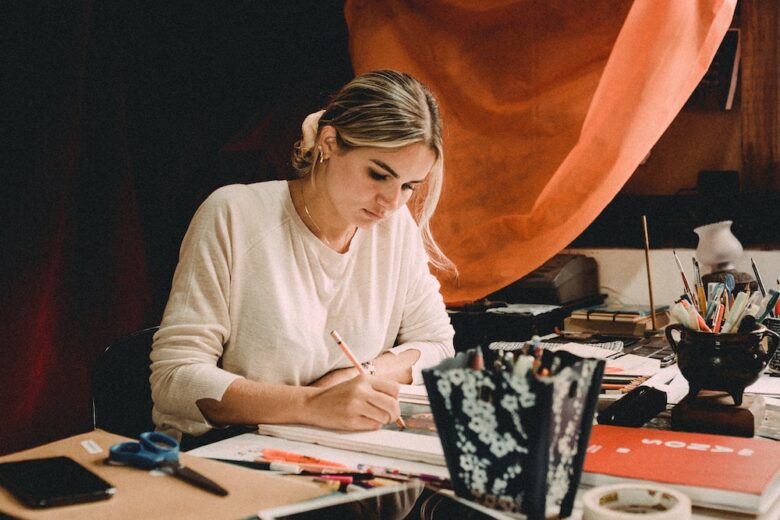 Many people say that smoking weed can help with creativity and spark new ideas. It’s a popular topic in the cannabis community, but does it really work?

Some studies say yes, such as one where participants who smoked marijuana experienced “increased creative problem-solving ability.” There is also some anecdotal evidence from famous creatives like Bob Marley or Willie Nelson saying they used weed when writing songs or writing books. Other studies disagree and find no correlation between marijuana use and improved creativity.

For some people, weed facilitates creativity while others have noted that it decreases their ability to focus on projects. So how does marijuana affect your creativity? And what are the benefits of using cannabis when you’re trying to create something new?

What is marijuana and why do we smoke it?

Marijuana, also known as cannabis, reefer, kush, and many other names, is a plant that has psychoactive properties, and when smoked, eaten, vaped, or drank, produces a variety of effects. Marijuana has been used by many cultures as early back as 500 BC in Asia, where it was most likely used for medicinal properties or funeral rites, where evidence was found in the form of incense burners.

It was also grown in Taiwan and used for fiber around 10,000 years ago. Very recently, two golden bongs were found in Russia that date back 2,400 years ago.

Today, with the legalization of marijuana in some states, there has been an increase in new consumption devices. These include vaporizers as the most popular among cannabis consumers, and they are available for purchase in many shapes and sizes as can be seen on MagicVaporizers.

Vaping is quickly catching up as one of the most popular ways to smoke weed because it doesn’t have all the harmful chemicals of combustion like tar and carbon monoxide which causes cancer. Edibles and other methods have also had their share of popularity, as they aim to provide a more enjoyable experience without many of the negative side effects associated with smoking.

How does marijuana help with creativity?

One argument that has been raging for quite a long time is whether or not marijuana increases creativity within individuals, or at the very least, helps people to become more creative whilst under the influence of the effects. Many studies have been conducted on this topic and the results have been quite varied, and this probably owes to the fact that there are many variables to consider.

The first is that everyone reacts to marijuana differently, another could be the specific strain that is smoked, another could be how creative the individual is in the first place. For the people who experienced a boost in creativity, there are a few theories as to why this happened.

Scientists say that it could be linked to something called divergent thinking, which is the brain’s ability to perceive and comprehend information from multiple perspectives. Marijuana can make this possible because it increases hyper priming, or in other words, the ability to make connections between things that appear unrelated.

Another theory is that because marijuana is said to blur the way the brain interprets input from our five senses, this allows someone who has consumed marijuana to experience things in a completely new way which could contribute to divergent thinking. More than this, marijuana releases dopamine in the brain, which theoretically allows you to think without being impeded by anxiety or negative thoughts.

The best way to get high

As of right now, the marijuana industry is flourishing with the abundance of consumption methods, all that provide different effects, and some that even allow you to control the effects experienced. For example, there are dry herb vaporizers that come with various temperature settings.

The temperature selected will determine the effects that are experienced; the higher the temperature, the stronger the effects. There are also marijuana edibles that can come in the form of candy, gummies, brownies, cake, bread, and more. People consume edibles when they want to experience the effects of marijuana over some time, typically four to six hours, however, they have a longer onset of anywhere between one to two hours.

Then there are tinctures, which are basically concentrated THC that is applied under the tongue. Tinctures can have high concentrations of THC, the effects of which are usually felt within 30 minutes and can last up to three hours.

Because of the varying onset times and duration of effects, individuals can choose how long they’d like to experience these effects, making it perfect for anyone who would like to be creative or attempt to be creative, for any given amount of time.