How many successful business women are there? 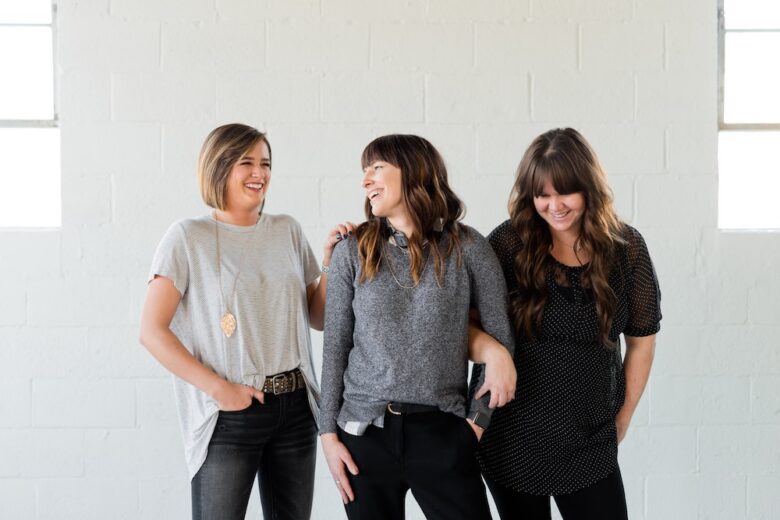 Looking for entrepreneurial inspiration? In this article we explore the question, ‘how many successful business women are there?’

The short answer to that question is that the number of successful business women around is growing at a rapid rate. And that is largely thanks to a welcome and noticeable change in attitudes and opportunities that are now available for women to make their mark in the world of commerce.

Even if you are someone who has had to negotiate a few financial bumps in the road through your personal journey you can still be encouraged by the fact that there are business loans for women with bad credit to help get you on the right track to future success.

According to Global Entrepreneurship Monitor, their GEM 2020 survey, that covers the leading countries around the globe, it is estimated that there are almost 275 million woman entrepreneurs currently making their mark in their chosen area of business as the driving force behind a startup.

Here is a look at some of the details behind the numbers and highlight some leading examples of successful business women.

The GEM 2020 survey also highlighted the fact that along with such a huge number of women who are actively involved in startup ventures around the globe there is estimated to be close to 140 million women who are the CEO of an established business.

In addition to that impressive number of women in business, which represents about a third of all business owners across the world, it is estimated that nearly 145 million women are active investors in business ventures.

These numbers paint a very vivid and impressive picture of just how many women have managed to create such a powerful impact in markets and industries across the continents.

A look at the United States

As the US has long been considered to be fertile ground for encouraging entrepreneurship and personal success it makes sense to shine the spotlight on this country to see what sort of impact women have had in the world of business here.

When the numbers were collated in 2020 there were close to 13 million women business owners in the United States. That number has risen significantly each year and it represents an increase of 21% in the last five years.

What really puts this number into perspective is the fact that the annual growth rate of women in business is more than double the rate of other business owner numbers.

Women are fast becoming a dominant force in the world of business with a rate of growth that beats other comparisons.

Whilst it is accepted that countries like the US often provides rich and fertile conditions for growing a business it can often be more of a challenge in less well developed economies.

What the GEM report also managed to highlight is that women are also having a positive impact when you look at their business growth numbers for so-called low and middle-income countries.

It is estimated that about 17% of women in these countries are entrepreneurs. This is also inspiring another estimated 35% of women to follow their lead and tread a path to a brighter future as an entrepreneur and business owner.

This is a significant number of women who see business as a way to secure their economic future in these developing economies. A higher number of women aspire to become their own boss in these areas than women in high income countries.

One of the core promises on the 2030 agenda for sustainable development set out by the United Nations is to ensure that no one is left behind and everyone has the same opportunities to better their life and improve their economic outlook.

The United Nations recognized that gender discrimination has been a significnt factor in the past and that is what is behind its drive to ensure than women enjoy a level playing field when it comes to business opportunities.

It has already been clearly demonstrated that women have the resourcefulness and capabilities to be successful in business. That means they are more than able to build companies that enjoy a good level of growth and prosperity as they evolve.

The global picture of women in business is still slanted towards male dominance in c ertain parts of the world, despite changing attitudes across the world, in general.

There is still plenty of work to do before global parity is reached but the signs of rapid progress are there for all to see.

Some of the women who lead the world in business

Finally, if you are looking for some inspiration and want to know the names of some of the women who have already achieved great success and influence in the world of business, here are some of the most powerful women in business.

Indra Nooyi is the former CEO of PepsiCo and she transformed the business with a drive towards producing healthier snacks and drinks.

Sadaf Monajemi is an Australian woman who is the founder of See-Mode Technologies. Her business has made a massive impact in the world of medical research with the introduction of some very innovate and highly ground-breaking techniques.

Debbie Fields started out in 1977 when she founded Mrs Fields Bakeries. That business is now one of the biggest retailers of fresh cookies and has outlets in about 80 countries around the world.

Whatever your ambitions, it is clear that women are already playing a pivotal role in shaping the world of business and commerce with so many success stories providing ample proof that women are always a force to be reckoned with when it comes to entrepreneurial talent.