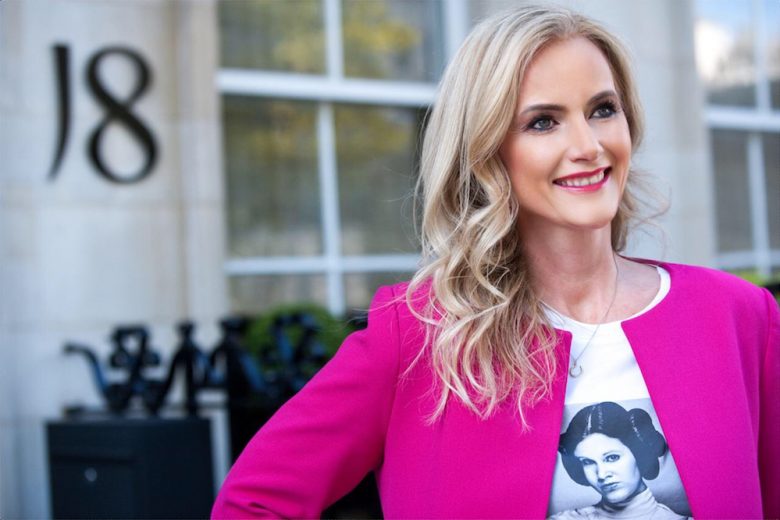 From rats droppings to her own desk – read why mum Catherine Davies was inspired to leave employment and work for herself.

When my twin sons were about three years old, a colleague I enjoyed working with invited me to apply for a more senior role in a new organisation that he was to head up.

The organisation was so new that it didn’t really exist yet. It was just a room full of office furniture in a beautiful building and a whole lot of possibility and enthusiasm. I was up for it.

It was fun – we had to build something from scratch in a really interesting policy area. I felt we were making important things work better for people. We recruited other people we loved working with as well as brilliant new people we didn’t know but who would become fantastic friends and colleagues.

I was invited to head up a small organisation

After a couple of years, the colleague who brought me in was invited by our Chair to move out of the new thing to head up an established business. I was invited to head up the new thing. I hadn’t headed up anything before and my kids were still little and needed me a lot.

I was tempted to say no because I didn’t feel ready or able (or qualified) – but I’d turned down an opportunity to apply for a promotion a few years previously and had been underwhelmed by the subsequent appointment so I was keen not to make that mistake again. I agreed to do it.

I led a small organisation doing interesting work with a fantastic team of about 25 people – the best job I’d ever done. We had offices, furniture, good ideas, great projects, a fair amount of support and everything. It was so much fun.

Then there was significant legislative reform which brought with it a tsunami of system-level restructuring. My little organisation was to merge into a bigger organisation with more powers, more structure, a higher profile. I applied for the equivalent role in the new organisation.

I was promoted to head up the new organisation

I wasn’t sure whether it was the right thing to do – I tend to do better in little organisations rather than big organisations but it seemed like a good opportunity. And I felt protective of what we’d built, of the people, the future. I didn’t want to let go.

I was appointed into the role at following a pretty intense selection process. I gained a boss I respected, a flashier job title, a big office, a seat at the Executive table and a budget to expand the team.

We moved to a new location. I felt responsible for making the organisation a great place to work. This was my responsibility as a member of the executive team. And was okay for a while; what we were doing wasn’t straight-forward but it was part of a coherent set of policy objectives.

Things started to get muddy

Then things started to get muddy. Very muddy. The policy “iterated”, my boss was replaced, we merged with another organisation and doubled in size, we restructured. It became increasingly difficult to get things done in the Big Place, to make meaningful progress, to have an impact.

We decided to add in more people, more layers and a consequence was that I slipped down the organisation, no longer reporting into the CEO. Someone else was given my office and I was moved into an open plan area.

I was given a fixed desk in a corner of a floor where everyone else was hotdesking. I think this was in recognition of the fact that the work was the same, the team was still there and people needed to know where to find me.

The light above me was full of rodent droppings

Our building had a rodent problem. The rats and mice scrabbled overhead regularly. The light above my desk was full of droppings. I was no longer clear who was responsible for what in the organisation, what we were trying to do, what everyone was doing. The policy objectives started to feel less coherent by the day.

One day Lesley came to take away my desk pedestal, all the desk pedestals. She never told me why. It had been decided that people wouldn’t have desk pedestals. Would it make hotdesking easier? It made life, well, messier, really. No drawers. Nowhere to put stuff at the same desk I sat at every day in my ratty corner.

I saw the team I had built disintegrate

I saw the team I had built, all the work that we had done, disintegrate, a little bit at a time. The reasons for it were sketchy. It certainly wasn’t replaced by something better. Then there was another CEO, another restructuring on the cards. I left.

I joined a small private sector organisation for a while. There were no rats running around overhead. I had a desk and a desk pedestal and everything. But the problem with the Big Place had been that it was no-one’s thing. After a while I realised the new small place was someone else’s thing. I came to the realisation it was time to do my own thing.

So here I am. Doing my own thing. And no desk actually. No desk pedestal. I realised I didn’t need one. Thanks Lesley.

Catherine Davies has a portfolio career with two Board level roles, her own regulatory strategy advisory firm and she also teaches women how to be successful at work at Pay Rise Accelerator.