Five engineering roles that are gradually getting filled by more women 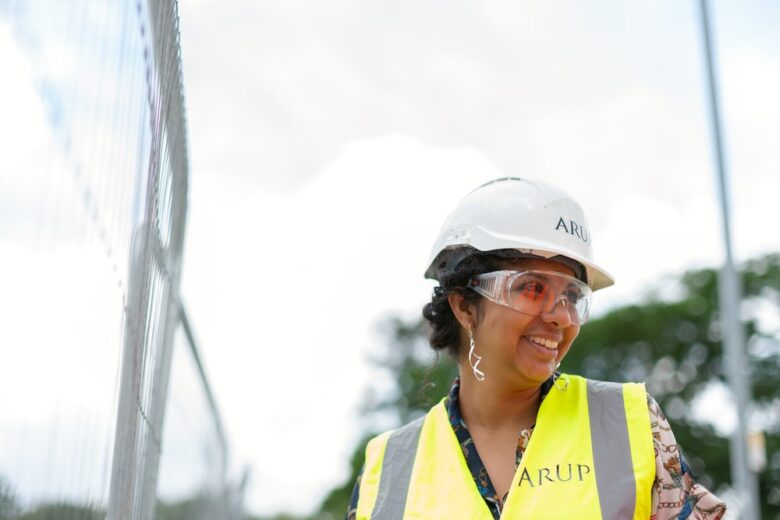 Gender gaps in employment are still a reality for many industries today, including in the engineering sector, where an imbalance is still very much present.

However, while engineering roles remain disproportionately filled by men, the gender imbalance in the industry does not tell the entire story. Because, although less than a quarter of UK engineers are female, this figure has been growing consistently in the past decades.

Over this time, a significant number of qualified women have joined the engineering workforce. And, as more and more women choose to pursue an engineering degree, here’s a list of five of the roles they often occupy.

Due to the government’s continued investment in research and development, which aims to bolster military capabilities, aerospace and defence represent a leading-edge market segment for smart manufacturing. In aerospace engineering, women represent the leading edge for diversity in an industry faced with workforce shortages.

Women working in aerospace engineering are occupying a wide range of roles in different settings, from private industry to defence and military. They are making their mark everywhere and are experts in digital manufacturing, robotics, automation, artificial intelligence, IoT (internet of things), and cybersecurity.

These women are also highly proficient in the basics of aerospace manufacturing, such as machining, composites, and polymers.

Of course, there’s more room for improvement when it comes to diversity in aerospace engineering, which is filled with opportunities for women with the desire and qualifications. But the challenges that women could face throughout their career are not theirs alone to solve. Everyone in the industry has a role to play in creating a more inclusive and diverse industry in aerospace engineering.

You may have already heard about PLCs if you are familiar with automation. PLC stands for Programmable Logic Controller. These are industrial computers used to control electromechanical processes in manufacturing plants and other automation environments. The primary responsibility of a PLC engineer is to set up, program, test, and implement computer control systems for automation and industrial equipment design.

Recently, more and more women are taking PLC software engineer jobs. The industry can use more women in the controls space, either in fieldwork or in-office programming. In fact, there are fantastic opportunities available for women interested in becoming PLC engineers. As a PLC engineer, part of your duties is to implement programs on programmable logic controllers and test whether industrial computers can function and process information correctly.

PLC engineers must also debug issues and troubleshoot problems with non-standard solutions. In this role, you need to evaluate the functionality of the electrical, pneumatic, and mechanical systems in various fields, from aviation to robotics, energy production, and manufacturing.

As the number of women engineers in the workforce has been growing consistently in the last few decades, many are choosing a career as process engineers. Just like with the other engineering roles, process engineering offers numerous scopes for continuing professional development with opportunities to travel, which is why it’s one of the highly sought-after engineering careers by women.

Process engineers play a very vital role, especially in the manufacturing sector. They help transform raw materials into valuable products and are responsible for designing, implementing, and controlling the machinery in a manufacturing industry. In medical and pharmaceutical manufacturing, these processes can also deal with chemical or biochemical. Therefore, the role of a process engineer is extremely varied.

As the world is becoming increasingly dependent on technology and technological advancements continue to improve our quality of living, the demand for software engineers is rapidly increasing. With the increasing availability of opportunities in tech and the inevitability of tech products and services further advancing and highlighting new jobs and skills, there has never been an ideal moment for women to pursue a career in software engineering.

Over the recent years, diversity and inclusion have been on top of the agenda of various tech companies, and 2020 has only heightened this awareness. It’s more important at this point that the gender gap will not be allowed to widen further. Thus, companies and organisations must work together in capitalising on the momentum and offer more opportunities for women in software engineering by investing in roles that appeal the most to women.

Software engineering has not always been male dominated. In fact, women have been instrumental in the birth of software technology hundreds of years ago. Recently, several industries such as the technology and manufacturing sectors are hiring more women. For instance, while only 9% of software engineers in tech are women, the recent hires in the industry have a 12% female representation.

Robotics is the way to the future, and it’s great to know that women are leading the way. Robotics engineers are responsible for developing robots and robotic systems to perform those duties that humans cannot accomplish. Unlike other engineering jobs, robotics engineering requires proficiency in various technical areas. You need to be proficient in electronics, mechanics, computer science, and cognitive psychology.

Robotics is one of those fields in engineering that’s slowly being dominated by women, from researchers to designers. Some women are still at the beginning of their careers, while others have published a book about robotics engineering.