Could a four-day working week work for YOU? 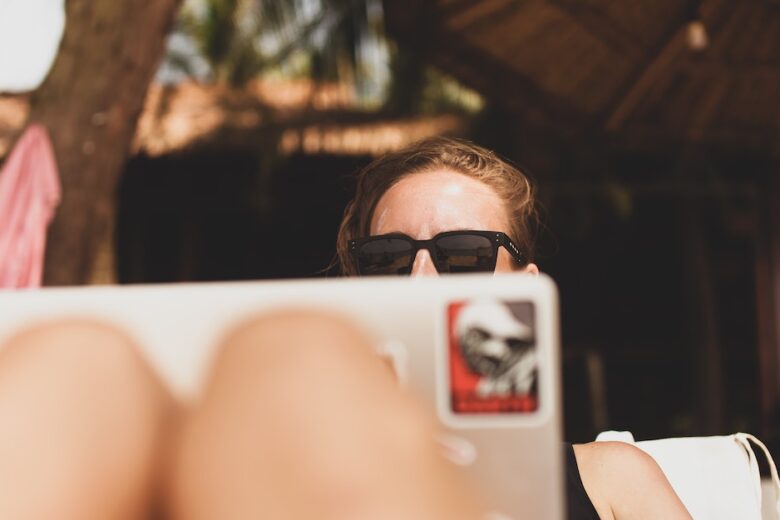 Could a four-day working week work for you? Find out why a global trial has been launched, and some of the benefits and problems of a shorter working week.

Think of your average working week. How many of the hours you spend at your desk are you actually working? Are you truly efficient 100% of the time? Or is it feasible that you could achieve the same amount of work in fewer hours? Maybe in a four-day week?

Earlier this month, a global trial was launched to discover whether a four-day working week is the way forward.

The pilot scheme – the largest of its kind in the world – sees thousands of workers in 70 companies around the world earning 100% of their pay while working just 80% of the hours they were formerly on, with the aim of being more productive.

The experiment has been organised by a group who are campaigning for a shorter working week with no loss in wages. The trial is being overseen by academics from Oxford and Cambridge universities in the UK, and experts at Boston College in the US, and is being managed in partnership with the think tank Autonomy.

Companies taking part range from office-based software developers and recruitment firms, to breweries, charities and even a local fish and chip shop.

One company who joined the trial, Girling Jones, a small construction recruitment firm in Exeter switched to a four-day week in January. Already they have noticed that both productivity and their profits have increased.

Why are we more efficient when we work less?

But how can this be? How can we get MORE done when working fewer hours?

We’ve long known that working harder and longer doesn’t necessarily equal greater output. According to research published by Stanford University, we are less productive when we are overworked. This is because when we are tired and stressed we are less efficient. So when we work longer, our average productivity decreases.

We are also less creative and accurate when we are tired. So our ability to problems-solve diminishes, and we are likely to make more mistakes… just leading to more work later correcting errors. It’s long been recognised, for example, that overworked employees using heavy machinery are significantly more likely to both injure themselves and damage the goods they are working on.

So it makes sense that working people harder, literally doesn’t work. But does that necessarily mean a four-day working week is the answer? And what other benefits might we see from it?

Employees are healthier and more rested

With more time to rest and spend time with family and friends, and on activities that interest them, employees should be healthier on a four-day week. But does this theory bear out?

Apparently yes. Between 2015 and 2017, one city in Sweden conducted a study into a shorter working week. For the study, 70 assistant nurses at a care home worked six hour days, five days a week, as opposed to eight hour days.

During the study, nurses reported enjoying improved health and mental wellbeing and logged fewer sick days. They also enjoyed their work more, and arranged 85% more activities for patients in their care.

But while the study saved money in sick pay costs and created jobs for 17 extra nurses, it cost the city around £1.1million.

We can prioritise more of the right work

When we have hours to fill at work, it is easy to procrastinate and find ourself working on tasks that aren’t really achieving much. But when you are working a shorter week, you don’t have the luxury of wasting time. Instead you need to be much more directed in your activities and only work on tasks that will directly contribute to your key work goals.

The theory is that you’ll get better at prioritising, and saying no to requests and tasks that aren’t central to your role. You’ll also need to make the most of smart delegation and ensure the people working around and under you are on top of their game too.

In short, a reduced working week will force you to be better at work you do and work smarter, all of which is good news for your company’s productivity.

Another argument for a four-day week is that it brings us a step closer to workplace equality. Research by the Government Equalities Office on the gender pay gap found that around two million people in Britain are not in employment because of childcare responsibilities – and 89% of these people are women.

And according to the Women’s Budget Group (WBG), around 1.7 million women are unable to take on more hours of paid work due to childcare issues.

A four-day week could make it easier for women to work as they would have one less day to find (and pay for) childcare. In theory, a two-parent family could even arrange for their extra days off to be staggered, giving them each a day a week with their children, and two fewer days of childcare a week.

Given that we are less productive and accurate when we are tired, the concept of squeezing a five day working week into four hours, on the face of it, does have one problem.

Yes, we may appreciate the rest and freedom we get with an extra day off, but surely any efficiency benefits are outweighed by employees being more tired at the end of an extra long working day on the remaining four days? How can we ensure that we don’t overwork people when they are working?

Giving staff an extra day off a week also requires careful planning. For example, most businesses can’t simply close one day a week, especially if their employees are customer facing. Instead workloads would need to be carefully managed to ensure the business is able to run as usual.

In 2007, the state of Utah changed the working week for state employees, so they worked longer hours Monday to Friday and offices closed on Fridays. This saved the state around £1.36m in energy costs, and reduced gas emissions thanks to few commuting journeys.

But residents complained that they were unable to access services on Fridays, and the experiment was eventually abandoned in 2011.

I’m a convert to the four-day week

I for one am a convert of the four-day week. A few years ago I set myself the goal of running my own business Monday to Thursday, and taking Fridays off. And last year I made the decision to instigate this rule.

There was no magic moment that enabled me to make the switch; I simply decided to stop working on Fridays. And to my surprise it worked. Yes I had to be smarter about getting what I needed done in the four days I was in the office, but this wasn’t hard. In fact it gave me more purpose and focus on those days, and neither my output nor my turnover has dropped as a result.

Of course, when you run a business you can’t always switch off completely. And I am happy to answer emails or take calls if really required on a Friday. But these are the exception rather than the rule, and are my choice. And I can do them outside the office.

Friday mornings are now my favourite time of the week. I still savour not needing to go into the office, and try to fill my day with activities to make it purposeful, rather than just a wasted day.

Who knows what the results of the current global trial end up revealing, but I for one am a convert who will never go back to a five day working week. And who knows, maybe it can work for you too?