Common baby illnesses and how to treat them 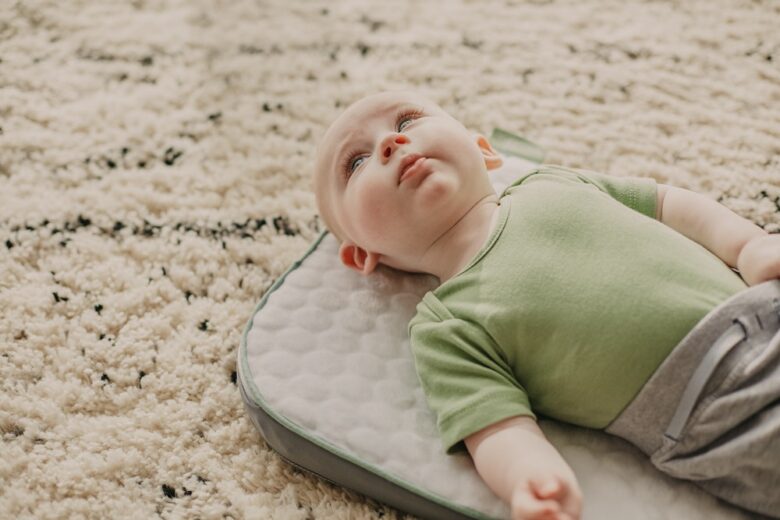 Is your little one feeling under the weather? Discover eight common baby illnesses and how you can treat them.

Virtually every baby, toddler and child will become ill at some point. And usually the culprit is a common childhood illness, such as chickenpox, a cold, ear ache or a sore throat.

In this article we look at eight of the most common illness your baby may come down with, and share advice on how you can help them.

We know the term ‘fever’, but what is baby fever? The normal temperature for a baby is about 36.4C, although this can vary slightly. If your baby has a temperature of 38C or over it could be a fever. The easiest and quickest way to tell if your child has a fever is to take their temperature using a thermometer.

Fevers are usually caused by infections or other illnesses. Your body temperature rises to make it harder for the bacteria and viruses to survive. Sometimes a baby will also have a raised temperature after a vaccination, or because they have too much bedding or clothing.

Chickenpox is a mild, viral childhood illness that most children will get at some point. Chickenpox is spread quickly and easily. If your child has caught it you probably notice a spotty, red rash that can cover their entire body. As the rash develops it can blister and become extremely itchy.

Chickenpox spots usually appear in clusters behind the ears, on the face, scalp, chest, stomach, arms and legs. They can also appear inside your baby’s ears and mouth, on the palms of their hands, soles of their feet and even inside their nappy area.

Before you notice a rash, your baby may have mild flu-like symptoms, such as feeling sick, a fever, aching muscles and generally feeling under the weather.

If your baby has chickenpox, you can help ease their symptoms with over-the-counter pharmacy remedies such as paracetamol to reduce their fever, and calamine lotion and cooling gels to relieve the itching.

The common cold is, as its name suggests, one of the most common childhood illnesses. Colds are caused by viruses. There’s no cure for a cold, and they usually pass after a few days without treatment.

Sore throats are extremely common, and not usually something to worry about. They often get better on their own within a week.

It’s not always possible to know the cause of a sore throat. However, it is usually a sign of a viral or, less often a bacterial infection.

Unlike a normal sore throat, strep throat does need treatment. It is caused by a bacteria (streptococcus pyogenes) that gets into your baby’s nose and throat. The symptoms include a sore throat, fever, enlarged tonsils, and stomach ache.

If you suspect your baby has strep throat, seek medical help. A doctor can take a strep test and prescribe antibiotics if needed.

It’s common for babies to have earache. It can be very painful for them, which is worrying to parents. But it’s often caused by a minor infection and will usually improve on its own in a few days.

Earache can feel like a sharp, dull or burning pain. It can come and go or be there all the time, and it can be on just one ear or in both.

You can usually treat pain at home with painkillers. It is also comforting to place a warm flannel against your baby’s ear(s). Just make sure the flannel is not too hot.

If your baby also has a fever, vomiting, a bad sore throat, swelling around their ear, or discharge coming from their ear (or there is something in their ear), you should contact your doctor. You should also seek medical help if their earache doesn’t get better with painkillers after four days.

While hand, foot, and mouth disease is highly contagious, the good news is that it’s not usually very serious. It is most common in babies and children under five years old and the symptoms can include a rash, fever, mouth sores, and flu-like symptoms.

Another common ailment your baby may have is diarrhoea and vomiting – either together or on their own. They are often caused by a stomach bug and usually ease in a few days.

If your baby has diarrhoea and vomiting it is important to give them plenty of fluids to stop them from becoming dehydrated. So continue to give them breast or bottle feeds. If they are being sick, you can try to give them smaller feeds more often.

If your baby has a temperature of 38C or higher, is showing signs of dehydration, has vomited for over 12 hours, or has pooed more than five times in the last 24 hours, speak to a pharmacist or your doctor.

And if your baby is still showing signs of dehydration after taking oral rehydration sachets, has green or yellow vomit, has blood in their poo, or is bleeding from their bottom, get immediate medical help.

How to care for a sick baby

As long as you have made sure their illness isn’t serious, your main priority with a sick baby is to keep them as comfortable as possible until they start to feel better.

If they have a high temperature, give them plenty of fluids and watch for signs of dehydration. Make sure you keep an eye on their temperature by checking it with a thermometer, preferably a digital one. Dress them as you would usually, but make sure they are in comfortable, breathable clothing.

If they are in pain or discomfort you can try giving them baby ibuprofen or paracetamol, taking care to follow the dosage instructions on the manufacturer’s packaging.

They may not want too much fussing – sometimes we just want to be left alone when we feel rotten. Other times the best treatment for a sick baby can be a cuddle from a parent.

And as with any illness, if you are at all worried, or notice symptoms getting worse, or not gong away after the expected time, don’t hesitate to speak to a medical professional.