Are you a regifter or a splurger? What TK Maxx’s new survey tells us about our gifting habits 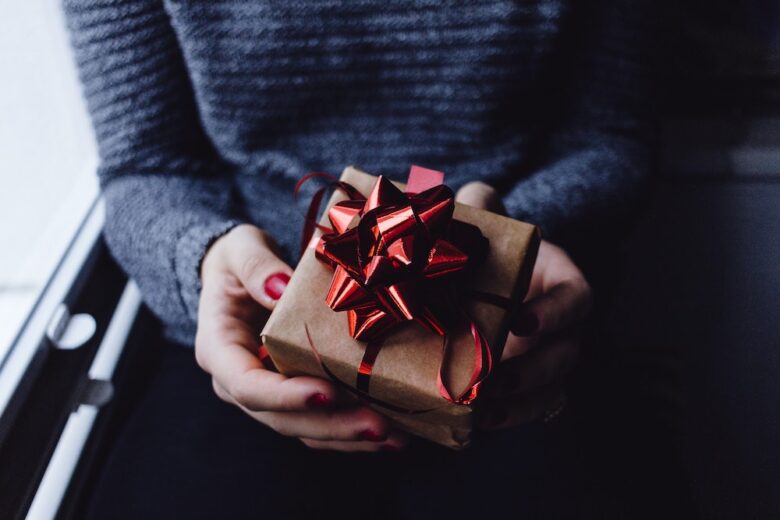 Christmas is fast approaching, and TK Maxx has commissioned an exclusive survey to uncover the UK’s gifting habits of 2022.

So what does it tell us? To start with, it reveals the occasions most likely to inspire us invest in gifts for loved ones along with how they compare to the ones that we receive:

As you can see, the arrival of a new baby is a hair of celebration, and an opportunity to rummage through the clothes aisles. 62% of respondents said they like to buy clothes and accessories as a gift for new-borns, and this was also the most popular item for new parents to receive (39%).

Meanwhile, if you’re stumped for a wedding gift, you’re in good company if you give cash, vouchers, or gift cards – 59% of respondents said this was their gift of choice when buying for the happy couple, while 51% did so for engagements.

But do those celebrating their big day appreciate the thought? Thankfully, cash, vouchers and gift cards came out as the most popular gift (32%) among newlyweds after their walk down the aisle.

Mother’s Day see gift givers most likely to buy flowers (63%) for their mums, preferred gift, according to 48% of mothers. When it comes to gifting on Father’s Day, people were most likely to give food as a present (40%), but it turns out that dads would rather receive bubbly or beer, with 37% citing alcohol as their top Father’s Day gift

According to the poll, Wales is the most generous-spirited region in the UK as 66% of people say they prefer to give, and just 17% prefer to receive. Similarly, people in Wales gave an average of 8.6 gifts over the past year – joint top with Scotland, and ahead of the south of England, which averaged 8.1.

Elsewhere, it seems the key to a Londoner’s heart is to ply them with gifts – 28% of people in the capital said they prefer to receive gifts than give them, compared to just 13% in the rest of the UK. Londoners also bought more gifts for themselves (5.2) over the past year than any other region – the UK average was 3.9.

Generous to a fault

Not every gift is warmly received. The survey sheds some light on the gifts people like, compared to the reality of the gifts they get.

Food was the most popular Christmas gift purchase (55%), but people were most likely to want to receive cash, vouchers, or a gift card (37%). And for other religious holidays, food was again top of the to-buy list (44%), but recipients were more interested in getting beauty or personal care items (34%).

How we gift as our relationships grow

Survey data suggests that present buying is a big deal before, during and after a relationship.

Unsurprisingly, we have no problem buying a special treat for those we’re dating, or during the early weeks and months of a romance. But what happens as a relationship matures?

Nearly a quarter (26%) of women feel the number of gifts they receive from their partner has reduced in frequency over the years, compared to 20% of men who said the same.

However, it appears that a maturing relationship does little to dampen the spirit of giving – 69% of respondents say the amount of presents they’ve given and received has stayed the same as their relationship has progressed. In fact, almost half (47%) agree that gifts are a great way of breathing new life into a relationship.

In a typical year, couples buy 3.8 gifts for their partner (excluding birthdays, Christmas, and anniversaries). There was also a notable gender split in the types of gifts we buy for our loved ones. Male partners say they’re most likely to buy their other halves a fragrance or aftershave (36%) while women are most likely to buy their partner clothing and accessories (44%). And sadly, not every relationship – and gift buying experience – has a happy ending.

In truth, the responses show how gifts are part of our romantic journeys at every stage – from a blossoming relationship to a difficult breakup and everything in between.

The gift that keeps on giving

We’ve all been there – you open a present in anticipation and… you hate it. Or you’ve already got five copies. Well, it turns out that many of us have no issue with passing on presents we don ’t like. In fact, 41% of those we surveyed said they’ve regifted a present, and 19% have considered regifting but have never done it.

There are many reasons why we might regift, but which items are we regifting the most, and is it something to feel awkward about, or a brilliant solution to our throwaway habits?

Will we splurge this Christmas?

The past year has seen us be all too familiar with the impact of the cost-of-living crisis – and for some, the financial strain has been particularly challenging. But how have our present-buying plans been affected in the current climate?

More than half (56%) told us they expect to spend less on Christmas gifts this year due to the increased cost of living. This rose to 62% among women, compared to 49% of men.

Some have even used the warmer months to plan their Christmas spree – 37% said they held back on summer spending to be able to have a normal Christmas this year. And we’re sorry to be the bearer of bad tidings, but 36% say they are ‘dreading’ Christmas due to the costs involved.

Can we still feel good about gifting?

While modern trends like self-gifting and regifting have changed the way we think about pressies, this is by no means an indication that we’re miserable about mementos.

And while we’re undoubtedly living through tough times, 58% of those we polled agreed that ‘regardless of the cost of living increase, I want to make sure my family/kids don ’t miss out this Christmas’.