10 of the best ways to improve your communication skills 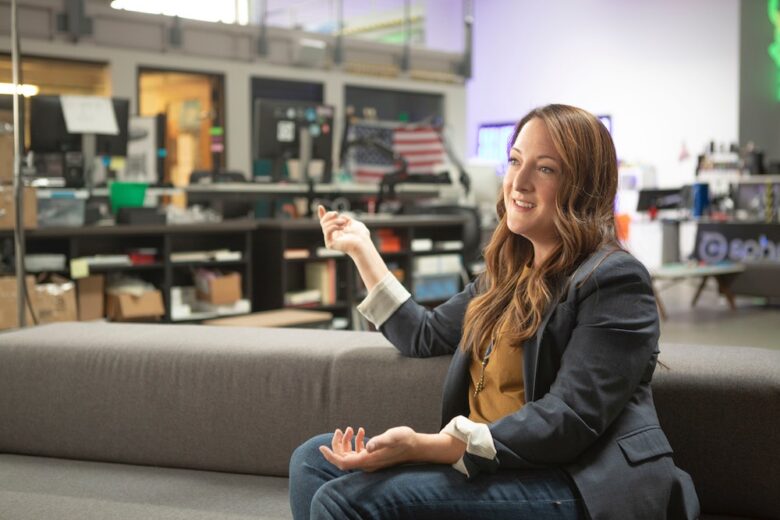 Need to work on your communication skills? Here are 10 of the best ways you can improve them.

Communication skills are vitally important in the workplace. With poor communication being cited as one of the major reasons employees feel unappreciated, it’s essential that managers learn how to effectively talk to their workers.

Without effective communication, employees who were once glad to show up for work may feel as if their talents are overlooked. They become distant from their job, or perhaps even beginning to look for another.

It is the duty of a manager to manage the people underneath them. When done effectively, those same workers can become instrumental to the company’s success.

So instead of just demanding things from those who work for you, try these 10 tips to improve your communication skills and start actively talking to them.

It doesn’t have to be an important conversation. Asking about someone’s weekend, or how things are going is perfectly fine. Even providing an off-hand compliment about something specific (like a piece of work) is effective.

The main idea is to build rapport and begin thinking of your workers as people with lives and worries outside of work, rather than machines designed to serve you. By showing an interest in them, they’ll start showing an interest back and this will make it much easier to actually have a conversation with them.

Before you know it, you’ll be able to talk to your employees with ease.

9) Listen to what others have to say

Listening is perhaps THE most important part of communicating with other people. Regardless of everything else, if you don’t actively listen to what’s being said, you’re either going to misinterpret the meaning of what other people are saying, or you’re going to reply with something that shows you simply weren’t paying attention.

There is a massive difference between passively hearing and actively listening. When you’re listening, you can reply with statements relevant to the conversation, which shows the person you’re talking to that you care about what they have to say.

This may seem a little unusual, but if you try and maintain positivity when talking to others you’re likely to find that they’re more positive in response. Of course, this isn’t guaranteed, as people may be experiencing certain circumstances in their lives which is affecting their mood.

On the whole though, if you are positive and smile, those you talk to will be more positive in return. This will make them more receptive to what you’re telling them, and help improve your communication.

A targeted response will help keep everyone on the same page, and show that you value people’s input. When other people feel like they’re appreciated, they are more willing to contribute more often.

This is one of the best benefits of effective communication, as good ideas can come from anywhere and can then be compounded on.

6) Be aware of who you’re talking to

You can’t talk to everyone the same way. Some people appreciate a more jovial tone, whereas others are more serious. Adjusting your speech is a common part of communicating, and many of us do it completely subconsciously.

It’s never a bad thing to actively pay attention to how you’re talking to someone though. You may realise that you’re saying things contrary to how you intended. It works both ways too, so just as you change how you speak for them, they’ll change how they speak for you.

5) Think before you speak

Always, always, think before you speak. So many people don’t do this and just blurt things out. When this happens it’s more than likely that you won’t have phrased something exactly like you meant it, and it can come across completely differently to how you meant it.

If you speak without thinking, you’re more likely to say something that will offend or upset someone – however unintentional. If you take a second before responding, you’ll find that you’re less likely to answer in a way that could get you into trouble.

Nothing is more effective at getting someone to disregard everything you’ve said than being disrespected. Watch how you say something to someone. It may be unintentional, but if you’re explaining things they already know, that’s condescending and a fast track to them ignoring almost everything you say.

This stretches to gender, age and race too. Just because someone doesn’t fit your image of what they should be, doesn’t mean they’re incapable. The best way to see their abilities is to give them a task and see how they perform.

If you treat people equally, regardless of their position, they’re far more likely to pay attention and respect whatever you have to say.

3) Be aware of your body language

Non-verbal communication is a massive part of communicating, as it subconsciously tells people what to think of you and what you’re saying.

Having your arms crossed is a classic example, but that doesn’t make it less true. It can suggest that you’re standoffish and unwilling to accept what they have to say. Make body language your superpower and you’ll be much more likely to get what you want out of any interaction.

Probably one of the worst things you can do when you talk to people is overload them with information. If you constantly go off on tangents without ever really making your point, people will just switch off and stop paying attention to what you’re saying.

In order to keep them hooked, you’ve got to break down what you want to say into its most succinct points. Turn a paragraph into a bullet point list, and you’ll make it more likely that the people you’re talking to will understand what you’re trying to say.

Whether it is something more physical like a team sport, or more mental like tackling an escape room or even playing a group game of Dungeons and Dragons, constant use of effective communication is key to improving those skills.

By regularly practising these skills, you’ll begin to notice a dramatic improvement in how you talk to people and how they respond.

Alistair Knight is an author for Exciting Escapes, a company which helps people improve teamwork, enhance communication, and have fun through the wonderful world of Escape Rooms.