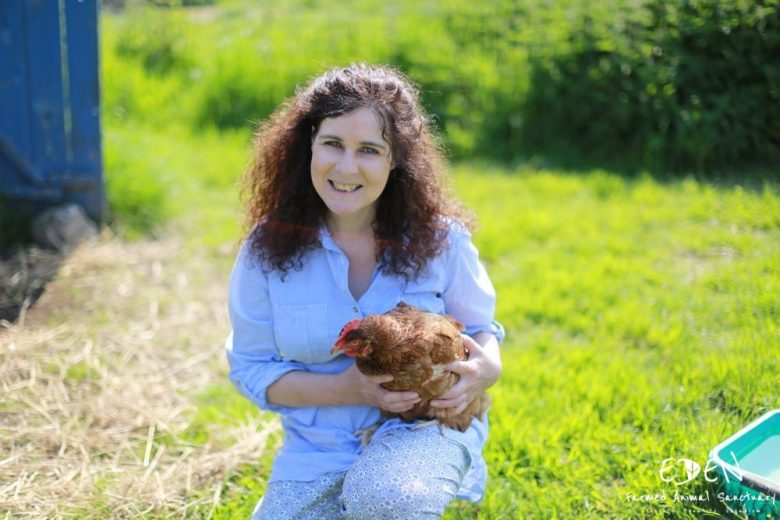 Sandra Higgins, BSc (Hons) Psych, MSc Couns Psych, MBPsS, is a psychologist who founded Eden Farmed Animal Sanctuary in 2008, the first vegan sanctuary in Ireland. Eden is now home to more than 100 residents, all of whom have been rescued from human use.

In 2015 she founded Go Vegan Ireland, a public educational advertising campaign which quickly developed into the international campaign Go Vegan World. She tells us why veganism is so important to her.

I am a psychologist.

Where did the idea for Go Vegan World come from?

All my work is inspired by the animal residents at Eden. Eden began when I was given two orphaned lambs to care for in 2008. The sanctuary grew to provide a home to others like them who could be rescued from human use and the certainty of death by slaughter.

How did you move from idea to actually doing something?

I was so moved by the recognition that other animals feel as humans do that I expanded the sanctuary into a home for more than one hundred residents. Animal rescue is important to the fortunate few who are rescued; but vegan education has the power to prevent them being bred and killed, in their billions, annually, for our use in the first place.

I became very close to one of Eden’s residents, a hen named Matilda. The night she was dying I promised her I would dedicate the rest of my life to vegan education. In her memory I opened Matilda’s Promise, Animal Rights & Vegan Education Centre. Go Vegan World is one of the activities of that centre.

What’s your unique selling point as such?

I give the animals the opportunity to use their voice to tell the world what they want. It is also very valuable to meet people face-to-face in the lectures I give.

Every non-vegan man, woman and child on the planet.

I give vegan education classes and I run Go Vegan World, a public advertising campaign.

What’s been your most successful PR strategy?

Facilitating real animals to go out on the streets and demand their right for a vegan world and giving lectures where people have the opportunity to hear the animals’ stories and learn about how humans have come to use them as we do today.

We live in a speciesist world where animal equality is not recognised and the horror of our domination of other animals is normalised. This is very evident in the restrictions imposed on Go Vegan World by the advertising industry.

When someone contacts me to me to say they have been moved by my work to be vegan, especially when they did so some time ago and have now become animal rights activists themselves. 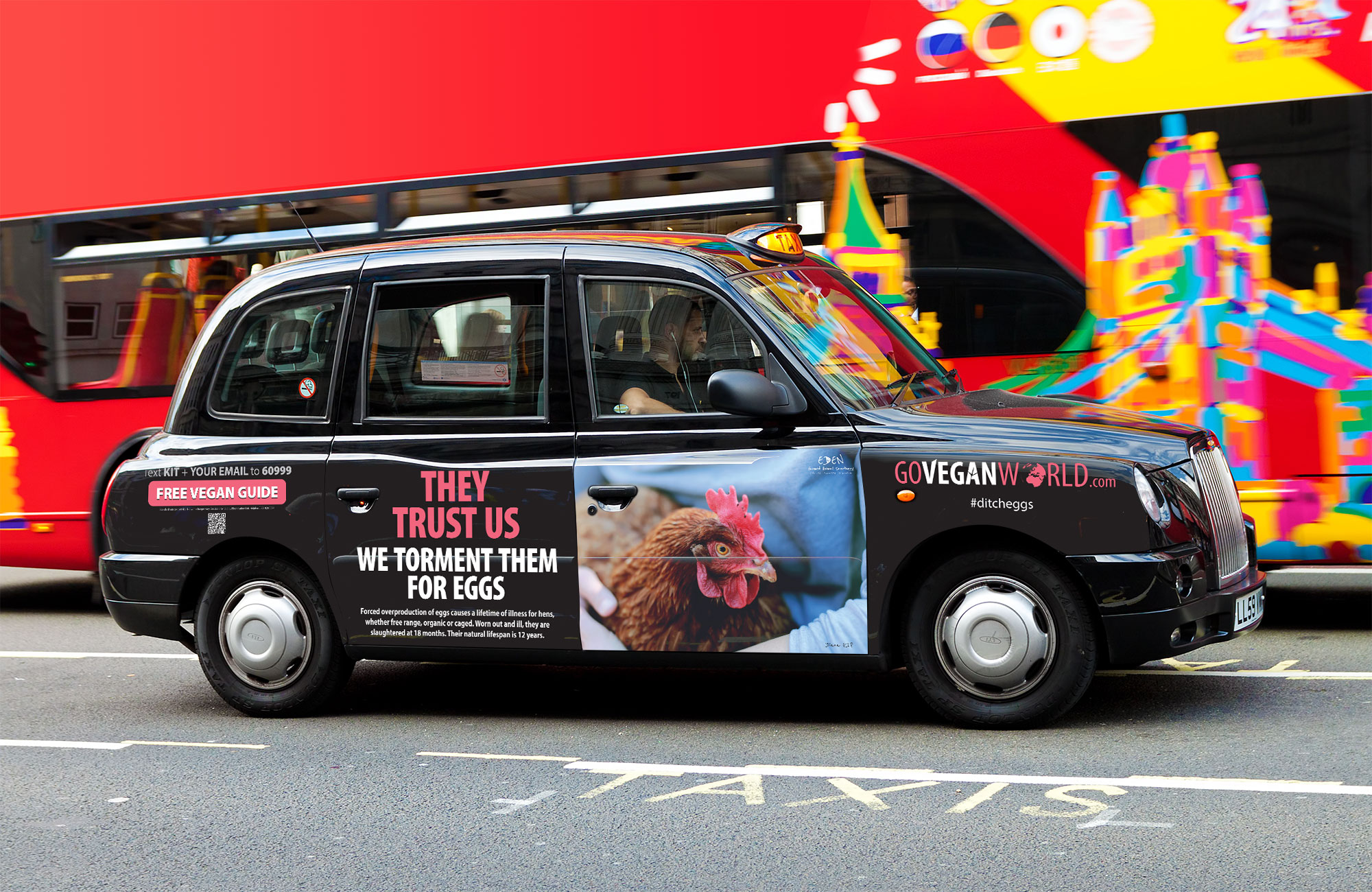 Why is the work so important to you?

We put other animals through utter torment and inflict brutal deaths on them when they are at a fraction of their natural lifespans. There is not one human on earth who would swap places with them.

I have held their young dying bodies in my arms, here at Eden, where the conditions of respect and care could not be better. I have witnessed them fight to the last breath to hold onto their only precious life. Our use of them is the most serious social justice issue of our time, impacting us at several intersectional areas.

Yet, only a small minority are vegan. If people knew the truth of what the animal exploiting industries hide, most of them would be vegan. It is my work to tell them.

These images haunt me. I will not rest until the world knows what we do to them.

My work is great balance of physical activity, animal care, administration, teaching, creative design, and clinical work with the people I see at my psychology practice. As an activist my life is my work and the sanctuary residents are my family.

I am very fortunate because I look forward to heading out to the sanctuary every morning. Having said that, I relish when everyone is tucked into bed at night and if none of the sanctuary residents are ill I enjoy having an early night with a novel.

What are your three top pieces of advice for someone wanting to follow their passion?

You can find out more about Go Vegan World on their website.