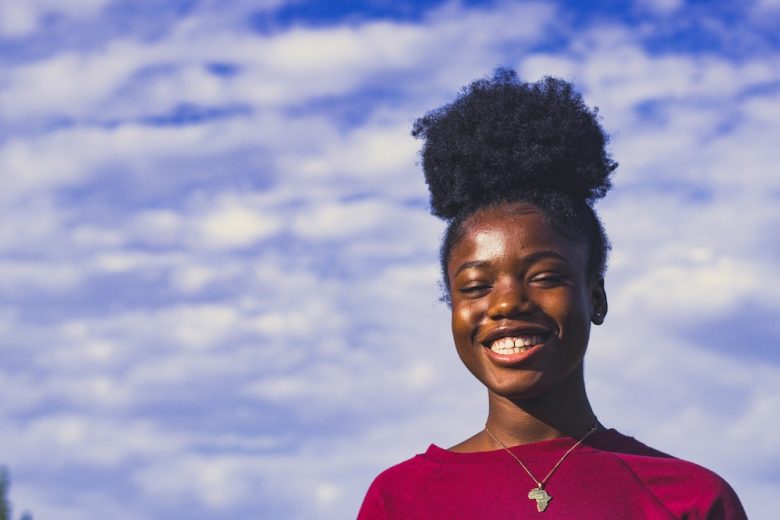 For years, we’ve been bombarded with stereotypical images in movies, on mainstream media, fashion runways, magazines, and social media.

Being different from the portrayed standards often generated insecurities and the death of freedom to express one’s true identity.

We grew up with the perception that somehow pink is every girl’s favourite colour, that boys prefer to watch Star Wars and not Clueless and that a woman on the front cover of a magazine represents every female in society.

We shouldn’t take our freedom of expression for granted

Watching movies like Mean Girls, we can’t ignore the stereotypical images depicted through the TV screen. Looking at the title of the film itself, we’re introduced into a society that sees stereotypical groups defined through the relationship between the scholars, with the popular kids on one side and the nerds and outcasts on the other.

Then, we can’t forget to mention the clichéd gender roles. The main character, Regina, is a self-centred and superficial high school girl who only owns pink cardigans and miniskirts. She has zero intellectual abilities and is only concerned about her physical appearance.

Then we have the stereotypical male image of a high school football player who happens to be one of the most popular guys in school.

This is only one among thousands of examples of stereotypical images found in our society. What is clear is stereotypes destroy individuality. And often, it can be difficult to express our true self when the sources that we look to everyday are feeding us with the complete opposite image.

Expressing individuality nowadays, however, is a gift that shouldn’t be taken for granted. Now more than ever, we have the power to show our personality through the music we listen to, the places we visit, and the clothes we wear.

On this note, today’s society has also seen improvements and huge steps towards breaking social stereotypes for good, be that around gender, race or body types. Let’s take a look at three examples.

When it comes to racial stereotypes, the advertising industry is one to look at.

In 2017, a skin care advert which was presented in African and Asian media received a lot of criticism due to the racial stereotype that it conveyed. The ad, taglined “now I have visibly fairer skin, making me feel younger” did not provoke the expected reaction, as consumers heavily rejected it.

Clearly the women and men in Africa and Asia did not accept the message that darker skin tones need to become fairer in order to be accepted. The tagline was almost claiming that a lighter skin would bring a better social state to whoever used the advertised product.

The #pullitdownnow hashtag blasted on social media shortly after the advert was released, showing that consumers are not only aware of how harmful stereotypical images are for certain groups and ethnicities, but that consumers hold the power to demand change and evolution.

As we said, fashion is a powerful industry that can form or break specific social norms. Although it’s a sector that created countless idealised representations in the past, it holds a substantial power to break stereotypes, especially around the topic of gender.

This ever-growing industry has come a long way, from the times when men and women in the early 1990s had to respect rigid dressing codes that reflected different social classes, up to the current fashion sphere that sees non-binary choices.

People should be free to express their true identity as they feel comfortable. Fashion giant Zalando’s ‘Hello Zerotypes’ campaign is an example of how the fashion world is challenging the preconceptions around gender to promote self-expression.

By doing so, common notions such as ‘dresses are only for women’ are challenged, empowering people to express their true identity as they feel comfortable, whether that’s in a pink hoodie or a dress, regardless of their gender, size or age.

It’s encouraging to see that nowadays, diversity is being praised and embraced in the fashion world, where both men and women advocate positivity and individuality.

Without doubt, fashion has become and is continually evolving into, a strong mechanism of self-expression.

It’s easy to think that a perfect body is achievable when the media is full of air-brushed photos and perfectly slim models.

For many years, and still ongoing in many parts of the world, people have been fed with images of perfectly toned bodies, tall and tanned, implicitly defining such characteristics as the required qualities to have in order to be beautiful or to be featured on magazines, adverts, or music videos.

However, our current society has experienced a shift from such rigid notions of beauty, thanks to body positivity social movements and campaigns that actively challenge the unrealistic representations of human bodies. These campaigns are aimed at promoting diversity, inclusivity, and beauty acceptance.

A world that goes beyond stereotypes is in the making, with several industries further ahead than others. The end goal is a society that refrains from defining who wears what and what makes one persona prettier than another. We can all work together to fight for a world that encourages diversity and individuality instead of shaming or oppressing it.